There is a “desperate need” for practical ways to improve ties with North Korea, South Korea’s President Moon Jae-in said on Tuesday, adding that he was ready to meet the country’s reclusive leader in Pyongyang, repeatedly if necessary.

Moon, sidelined from his leading role in the diplomatic effort with the in 2018, said he regretted the past year’s lack of progress in negotiations.

In an annual New Year’s speech in Seoul, Moon called for new talks with Kim Jong Un, and promised to keep up work to facilitate communication between North Korea and the US.

“In a time of deadlock in US-North Korea talks – and where we are even concerned about a step backward in inter-Korean relations – we are in desperate need of practical ways to improve inter-Korean cooperation,” he said.

“I’m willing to meet repeatedly and talk ceaselessly” with the North, Moon said in his speech, which was broadcast live. 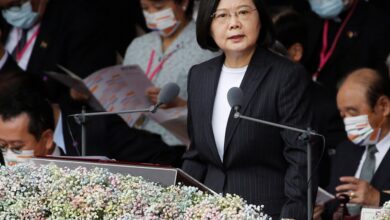