Britain has begun a 10-day mourning period for Queen Elizabeth II, with bells tolling around the country and 96 gun salutes planned in London – one for each year of the late monarch’s life.

Hundreds of people arrived overnight to leave flowers outside the gates of Buckingham Palace, the monarch’s London home, or simply to pause and reflect.

Some people wept when officials carried a notice confirming the queen’s death to the wrought-iron gates on Thursday.

“The sombre reality of it all reflected very much on the nation’s newspapers this morning. These very heavy commemorative editions [were printed]. The Sun says ‘We loved you Ma’am’. The Daily Mail says ‘Our hearts are broken’,” he said.

In Balmoral, Scotland, people have also been paying tributes at the castle where the queen passed away.

Everyday politics were put on hold, with MPs set to pay tribute to the monarch in parliament over two days, starting at noon.

Many sporting and cultural events were cancelled as a mark of respect, and some businesses – including Selfridges department store and the Legoland amusement park – shut their doors. 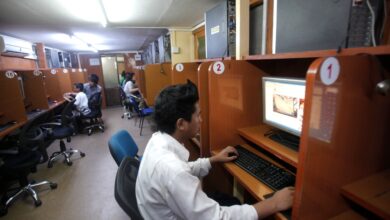