A plethora of articles has been published in recent days on the US air strike that killed Iranian General Qassem Soleimani and Iraqi militia leader Abu Mahdi al-Muhandis.

Many authors claim that it “is inexcusable to ignore the crimes of Soleimani”. Others contend that his killing “may harm the symphony of Iranian power that he projected like a conductor”, and that the general is seen by the “great majority of Arabs” as “responsible for ethnic cleansing of Arabs”.

No less common is the opinion that Trump’s decision to kill Soleimani was “a reckless gamble”.

What is missing in these and many other opinions or analyses published so far is context; that is, what Czech essayist Milan Kundera would call “the weight of history”.

To understand the present, we have to go back to the roots of the Iranian revolution of 1979, the role of Western countries in the 1980-1988 Iraq-Iran war, the outcomes of the 2003 US invasion of Iraq, the circumstances that enabled the rise of Soleimani, and the consequences of the Trump administration’s escalation against Iran.

Kashmiris in India are still suffering

The UK government is on the wrong side of history… again 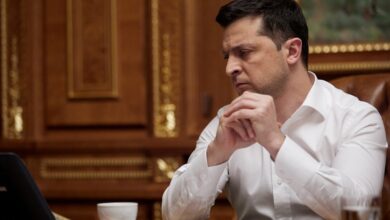