Heavy snow and rainfall which started on Friday have affected nearly two-thirds of the country’s provinces so far.

According to traffic control centers across the country, snow and rain are pouring over some parts of Ardebil, Zanjan, Qazvin, Alborz, Tehran, Mazandaran, Semnan, Hamedan, Chaharmahal-Bakhtiari, and West Azarbaijan provinces.

Earlier in October, Sahar Tajbakhsh, head of the Meteorological Organization (IMO), said that according to meteorological maps, Iran will be facing a cold winter with heavy snowfalls this year.

Almost all the country will experience heavy snow, but the provinces on high altitudes will receive heavier snowfall, she stated.

Ahad Vazifeh, head of the national center for drought and crisis management said that precipitation in Iran is expected to meet normal or lower than normal averages over autumn.

Some experts claim that Iran has entered a period of a wet spell after experiencing dry spells over the past few decades, some others highly reject the claim implying that the country faced a lack of rain by 50mm over the past 5 decades.

Rainfall extremes over the past three years slowly questioned the conception that Iran is experiencing a long-term drought and some of the experts announced that a wet spell will embrace the country.

Although statistics show that Iran’s weather patterns are changing toward entering a period of consecutive rainy days, given the country’s climate characteristic constantly experiencing intense wet and dry spells, it cannot be accurate to claim that drought is over.

Experiencing two or three consecutive years of rainy days cannot ensure that drought no longer hits the country, but then it may enter a multi-year drought.

A Young Arab Chef Goes Down Revolutionary Road in His Kitchen

After The Blast: Beirut Neighborhood Cries For Help But it Isn’t Coming! 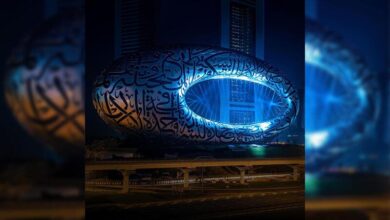 Robber Steals Phone, Purse, Gets Arrested After Returning to The Crime Scene in Dubai