Smokers are 80 percent less likely to severely suffer from novel coronavirus than non-smokers, according to a French study which prompted researchers to start trials of giving nicotine patches to COVID-19 patients, front-line workers, and citizens.

Researchers at the Pitié-Salpêtrière hospital in Paris earlier this month observed that only 5 percent of 482 COVID-19 patients who came to them between February 28 and April 9 were daily smokers.

“Compared to the French general population, the Covid-19 population exhibited a significantly weaker current daily smoker rate by 80.3 percent for outpatients and by 75.4 percent for inpatients,” the study, led by Zahir Amoura at Pitié Salpétrière University Hospital and Jean-Pierre Changeux, emeritus professor of neuroscience at France’s Pasteur Institute, read. 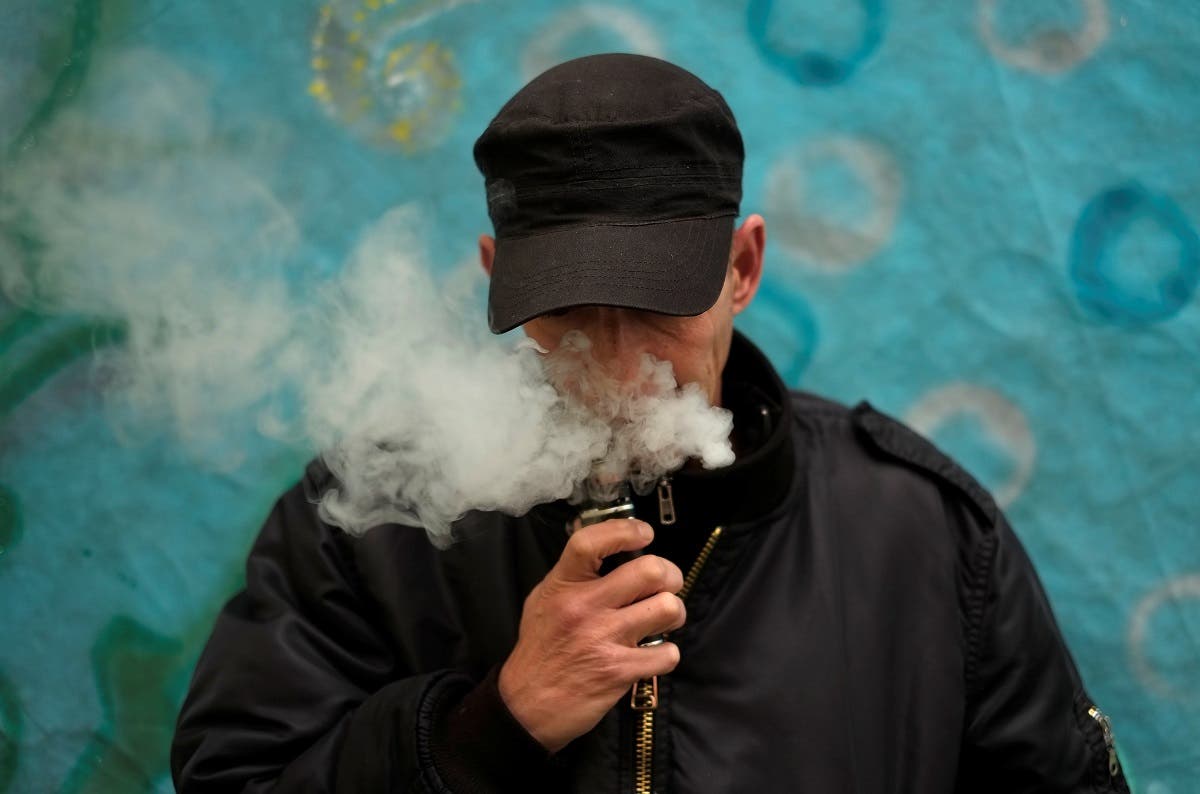 A man poses for a picture, as he vapes at home in La Paz. (Reuters)

“Thus, current smoking status appears to be a protective factor against the infection by SARS-CoV-2,” both researchers hypothesized.

Both Amoura and Changeux explained in their study that nicotine contained in cigarettes could influence whether or not the COVID-19 coronavirus molecules can attach themselves to receptors in the body.

The US Centers for Disease Control and Prevention and the World Health Organization have both warned, however, that smokers, as well as those with diabetes, heart disease, or chronic lung disease, are at a greater risk for developing severe complications.

Earlier research at the beginning of the coronavirus outbreak suggested that in Wuhan, the city in China where coronavirus originated, smokers who became infected with the disease were 14 times more likely to develop more severe symptoms.

Nicotine, much like coronavirus molecules, binds to receptors in the body. Researchers are looking at whether nicotine hinders the interaction of COVID-19 molecules attempting to attach to the same receptors.

“There appears to be a « protective effect » of smoking on the risk of Covid-19 infection. This is a somewhat counter-intuitive finding which at this stage is not understood. Because of the urgent need for a therapeutics under the current conditions, we together published a « hypothesis » about it, an approach which is not currently done in biology but frequently in physics,” Changeux said in an interview with the Human Brain Project.

Tobacco is the number one killer in France, with an estimated 75,000 deaths per year linked to smoking, according to an AFP report.

France is one of the hardest-hit countries by the coronavirus in Europe, with more than 21,000 deaths and over 155,000 reported infections.

Is coronavirus technically a “pandemic”? Does that matter?