He was rushed to a Mumbai hospital for treatment on Tuesday after suffering a kidney infection and was placed in intensive care and died a day later.

Irrfan had been battling the tumour since 2018. He is survived by his wife Sutapa Sikdar and sons Babil and Ayan Khan. 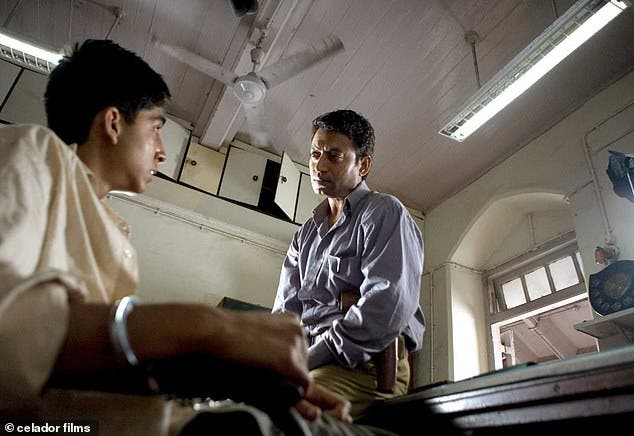 His spokesperson said he had ‘spent his final hours surrounded by his love, his family for whom he most cared about.’

They wrote in a statement: ‘”I trust, I have surrendered”, these were some of the many words that Irrfan expressed in a heartfelt note he wrote in 2018 opening up about his fight with cancer.

‘And a man of few words and an actor of silent expressions with his deep eyes and his memorable actions on screen.

‘It’s saddening that this day, we have to bring forward the news of him passing away.

‘After having been struck by lightning in 2018 with the news of a rare cancer, he took life soon after as it came and he fought the many battles that came with it. 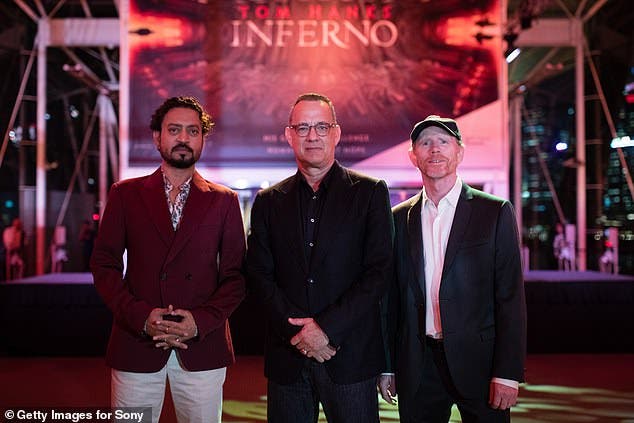 ‘Surrounded by his love, his family for whom he most cared about, he left for heaven abode, leaving behind truly a legacy of his own.

‘We all pray and hope that he is at peace. And to resonate and part with his words he had said, “As if I was tasting life for the first time, the magical side of it”.’

The day before, Irrfan’s spokesperson had said: ‘Yes, it is true that Irrfan Khan is admitted to ICU at Kokilaben in Mumbai because of a colon infection.

‘We would keep everyone updated. He is under doctor’s observation. His strength and courage have helped him battle and fight so far and we are sure with his tremendous willpower and prayers of his well wishers, he will recover soon.’

It has been widely reported that Irrfan had been diagnosed with an neuroendocrine tumour in March 2018.

Last year, Khan had posted a video about his cancer battle.

He had said: ‘One doesn’t have any other choice but to remain positive. Whether you are able to make lemonade in such situations is entirely up to you.’

He also acknowledged his battle with a train ride in which he reached the wrong destination.

He had said: ‘I had been in a different game, I was travelling on a speedy train ride. I had dreams, plans, aspirations, goals, was fully engaged in them. And suddenly someone taps me on my shoulder and I turn to see. 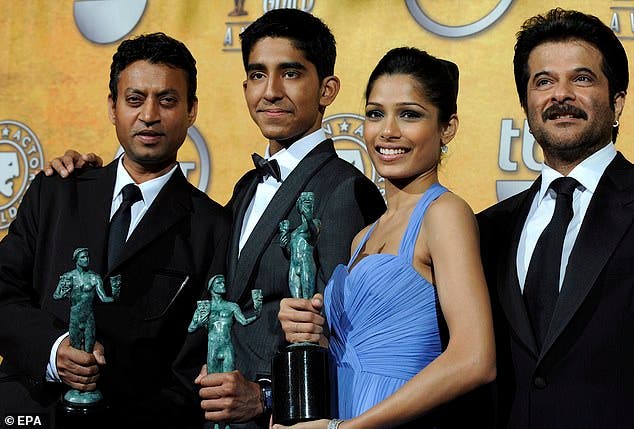 ‘”Your destination is about to come. Please get down.”

Sadly, Irrfan’s mother, Saeeda Begum, also passed away at the weekend aged 95, and Irrfan had attended her funeral via a video link.

Khan had starred in Slumdog Millionaire in 2008 alongside Dev Patel. He also also appeared in The Darjeeling Limited, Life of Pi and Jurassic World.

Nikki and Brie Bella Set to Return to WWE SmackDown