The elders’ council of the strategic city of Sirte on Saturday pledged its support for the military operations launched by the Libyan National Army (LNA) headed by Gen. Khalifa Haftar to protect the city, backing Egypt’s initiative for a peaceful solution to the conflict, according to a released statement.

Following a meeting with the head of security of Sirte, the council confirmed their rejection of the “provocative Turkish statements” regarding the attack on their city by supporting the Government of National Accord (GNA).

The council noted their readiness to volunteer and confront the Turkish interference in Libya.

Sirte, about halfway between the GNA-held Tripoli and LNA-held Benghazi, is the closest city to Libya’s main energy export terminals. 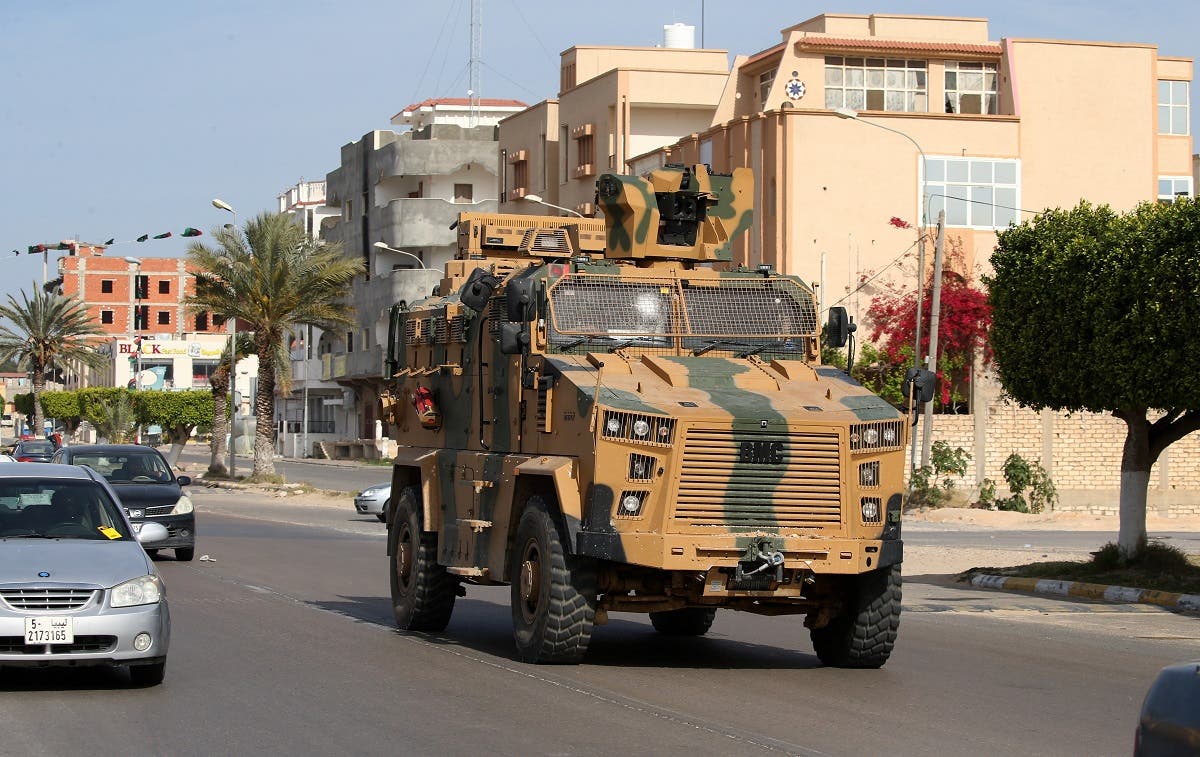 A Turkish-made armoured personnel vehicle, drives down a street in the Libyan coastal city of Sorman on April 13, 2020. (AFP)

Libya has been in turmoil since 2011 when a civil war toppled longtime dictator Muammar Gaddafi, who was later killed.

Last year, Haftar launched a campaign to capture Tripoli from the GNA headed by Fayez al-Sarraj.

After months of stalemate, the clashes intensified as foreign backers of both sides increasingly intervened.

The conflict has displaced an estimated 200,000 people.

Last Monday, a Turkish source said that Ankara and the GNA were discussing possible Turkish use of two military bases in the North African country, with a view to a lasting Turkish presence in the south Mediterranean.