Singapore has fully inoculated 80 percent of its 5.7 million people against COVID-19, according to officials, becoming the world’s most vaccinated country and setting the stage for further easing of curbs.

“We have crossed another milestone, where 80% of our population has received their full regimen of two doses,” Singapore’s Health Minister Ong Ye Kung said in a Facebook post on Sunday.

“It means Singapore has taken another step forward in making ourselves more resilient to COVID-19.”

That gives the tiny city-state the world’s highest rate of complete vaccinations, according to a tracker by the Reuters news agency.

Other countries that have high vaccination rates include the United Arab Emirates, Uruguay and Chile, which have fully inoculated more than 70 percent of their populations.

Singapore, which began its vaccination campaign in January, relied mostly on the vaccines developed by Pfizer-BioNTech and Moderna.

Earlier in August, Ong said if Singapore can “continue to keep the number of severe cases and illnesses under control and our healthcare capacity is not overly stretched,” then the country will further open up its economy and allow social activities and quarantine-free travel to resume.

“Our lives will be more normal, (and our) livelihoods will be better protected,” he said.

Ong, along with two other ministers, described what the new normal would look like in an article in the Straits Times in June.

They said large gatherings such as the New Year Countdown will resume and “businesses will have certainty that their operations will not be disrupted”.

Singaporeans will also be allowed to travel again, at least to countries that have also controlled the virus.

“We will recognise each other’s vaccination certificates. Travellers, especially those vaccinated, can get themselves tested before departure and be exempted from quarantine with a negative test upon arrival,” they said.

Singapore reported 113 new infections on Saturday, according to Channel News Asia. The country has logged a total of 67,171 cases and 55 deaths since the pandemic began. 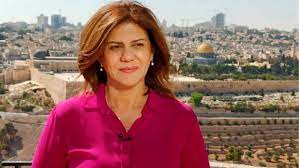 At least four killed and 20 wounded in Basra explosion