The contribution of the Mughal empire to India’s historical heritage was being debated on Tuesday, a day after Uttar Pradesh Chief Minister Yogi Adityanath asked: “How can Mughals be our heroes?”

He then declared that the Mughal Museum, under construction near the Taj Mahal in Agra city, would be named after the Hindu ruler Chatrapati Shivaji Maharaj. Historians and heritage conservationists termed the decision as an “attack on India’s heritage.”

“This is extremely sad. It is sad that our political leadership is bankrupt and has no vision of a shared historical heritage and the significant role the Mughals played in building the composite culture of India that we are proud of,” Professor Farhat Hasan, of Delhi University, told Arab News.

Jayshree Shukla, a heritage conservationist in Delhi, agreed and highlighted the “huge impact” the Mughals had on India and the “rich legacy” they left.

The uproar follows Adityanath’s decision to rename the museum during a review meeting of the project on Monday, which he cemented with a tweet saying: “The under-construction museum in Agra will be named after Chatrapati Shivaji Maharaj. In your new Uttar Pradesh, there is no place for any symbols of subservient mentality.”

Shivaji was a 17th-century Hindu ruler in the western Indian state of Maharashtra who was at loggerheads with the Mughal ruler Aurangzeb. The Mughal empire, which was founded in 1526, ruled India for more than 200 years and united the country before ceding power to the British East India Company in the late 18th century.

Agra was the first capital of the Mughal empire, where Shahjahan, the fifth Mughal ruler, built the Taj Mahal in the 17th century.

The former Uttar Pradesh government, led by Chief Minister Akhilesh Yadav, laid the foundation stone for the Mughal Museum in 2016, to be constructed at a cost of $22 million on six acres of land.

The project, however, was delayed after the Bharatiya Janata Party (BJP), under Adityanath’s leadership, took over in 2017.

According to details on the website of the architect designing the project, David Chipperfield, the museum is “situated near the eastern gate of the Taj Mahal and presents the political and cultural milestones of the Mughal-era through its art and architecture.”

“A major part of the work is done. Some finishing touches need to be given. However, a financial crunch because of the pandemic lockdown has delayed the project,” Amit Srivastava, deputy director of Uttar Pradesh tourism office in Agra, said.

The latest controversy surrounding the name of the museum follows a similar one three years ago when the Adityanath government omitted the Taj Mahal from its annual tourism brochure.

A year later, in 2018, Adityanath added fuel to the fire by renaming the Mughal cities of Allahabad and Faizabad as Prayagraj and Ayodhya, respectively.

“The BJP sees history as Hindu versus Muslims and everything Aditiyanath does is guided towards accentuating this religious binary,” Delhi historian Sohail Hashmi said.

“These hardcore Hindu rulers have no sense of history, and they have no heroes. They don’t even know Shivaji,” he added, explaining how a Muslim commanded the Maratha ruler’s artillery.

“There were many Muslims who fought on the side of Shivaji, just as many Hindu Rajputs constituted Mughal army contingents.”

Hasan said the move is part of the “majoritarian perspective” of the nation and state that the government is trying to “ram down the throats of the Indian citizen.”

Uttar Pradesh political analyst Ram Dutt Tripathi agrees and said that it could also be an “electoral gimmick.”

“Adityanath is personally obsessed with Hindu-Muslim binary. He uses the religious divided as a gimmick to please his hardcore majoritarian constituency. Hindu-Muslim binary is the only electoral strategy the BJP has,” Tripathi said. 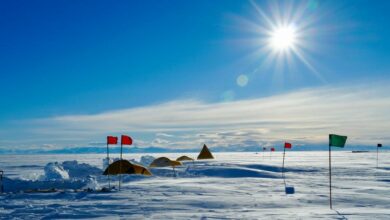