Shock and anger swept through Iraq after a video of a woman throwing her two small children over a bridge into the Tigris River emerged.

Iraqi authorities said on Monday that security forces were able to identify and arrest the woman.

A specialized squad of Iraqi security forces also managed to retrieve the bodies of the two children, identified by local media by their first names of Hur Mohammed, 3, and Masuma Mohammed, 1.

The incident took place during the early hours of October 17. CCTV footage released by authorities showed the mother hurling the children over the al-Aimmah Bridge into the Tigris River.

A moving video of the father of the two children at the scene of the crime also went viral on Monday, where he appeared crying for his two children while rescue teams searched for the two drowned toddlers in the river.

During an investigation, the woman admitted that she had killed the children because of a dispute with her husband who was seeking a divorce.

“This crime had been long planned for. It has been nearly two months since this woman separated from her husband,” the Kurdish Rudaw website quoted Abu Tahsin Deraji, the children’s paternal grandparent, as saying.

“In January this year, we caught the woman with her lover. […] We took her back to her parents house and told them ‘this is your daughter. We want to divorce her in court.’ They agreed. We never spoke about this matter in any place, nor did we show the photographs to anyone,” Deraji added in statements to Rudaw. 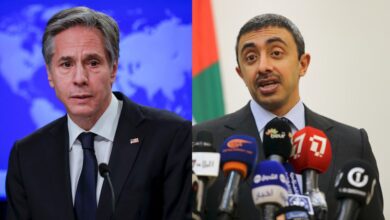