Two days after the fatal shooting of former Prime Minister Shinzo Abe, Japan is still trying to come to terms with the unexpected loss of its most consequential leader in recent memory. But while Abe may be gone, the slain politician’s life-long dream of building a brand new, fully independent and proactive Japan that is “able to defend itself” may now be closer to becoming reality than ever before.

During his two stints as prime minister from 2006 to 2007 and from 2012 to 2020, Abe pursued an ambitious economic agenda known as “Abenomics”, which sought to liberalise Japan’s stagnating economy and implement structural reforms. He also sought to revise Japan’s pacifist constitution in an effort to allow the Asian powerhouse to project military force overseas.

Before stepping down from office in 2020 over health concerns, Abe proved himself to be one of the most important statesmen in shaping the geopolitics of the Indo-Pacific in the early 21st century. He was the chief architect behind the revival of the Quadrilateral Security Dialogue (the Quad), which brings Australia, US, India and Japan together in a strategic alliance aimed at blunting China’s economic and military might in the Indo-Pacific region. He also oversaw a massive expansion in Tokyo’s strategic assistance to developing nations, especially in Southeast Asia.

Throughout his political career, Abe gained the respect of many at home and abroad for his efforts to increase his country’s international presence and to bring stability to its politics. His transformative policy positions and at times ultra-nationalistic rhetoric, however, also earned the ire of neighbouring countries such as China and South Korea, which are still haunted by Japan’s World War II atrocities, as well as progressives and religious conservatives in Japan, who lamented bouts of historical revisionism.

Abe’s assassination last week already proved to be as consequential as his life. It rallied public support for Abe’s incumbent Liberal Democratic Party (LDP) and allowed it to garner enough votes in Sunday’s legislative elections to push for realising his overreaching vision for the country – namely his dream of making Japan a “normal” country by revising its post-war constitution.

Abe’s ascent to power coincided with Japan’s relative decline in Asia, largely thanks to the resurgence of China. For most of the 20th century, Japan had served as the engine of economic growth and industrialisation across Asia. But between 1979 and 2000, due to paramount leader Deng Xiaoping’s economic liberalisation efforts, China’s real gross domestic product (GDP) increased more than six-fold. Consequently, its share of regional trade ballooned from only 8 percent in 1990 to 39 percent in 2014, with regional investment flows also following a similar trajectory.

As a result, China replaced Japan as the region’s largest economy in the late 2000s. And perhaps even more worrying for Japan, as Beijing increased its economic power, it also started investing significantly more in its military. At the beginning of this century, Japan’s defence spending was 60-percent larger than its giant neighbour. By 2012, when Abe began his second stint in power, China’s defence spending was almost three times larger than Japan’s.

To address this seismic shift in the regional balance of power, which councided with rising Sino-Japanese territorial disputes in the East China Sea, Abe sought to reinterpret Japan’s post-war pacifist constitution and try and reform its security policy.

Meanwhile, he vociferously advocated for a “Democratic Security Diamond” in Asia, thus overseeing the revival and institutionalisation of the Quad alliance among India, the US, Japan, and Australia. His vision of a “free and open” Indo-Pacific was largely adopted by conservative governments in Washington (Donald Trump), India (Narendra Modi), as well as Australia (Tony Abbott),  who shared similar concerns about a rising China. 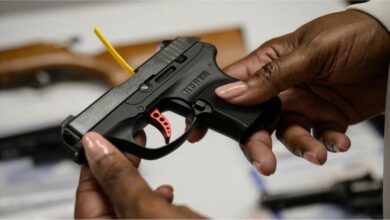 The international community should support Afghanistan