Egyptian artist Sherine Abdel Wahhab’s daughter, Hana Mustafa,  sparked controversy as she shared a video on her TikTok account where she appeared with a swollen eye, as if someone beat her up.

Hana can be seen in the video sining and dancing, and her left eye looked swollen and had severe redness in a circular area around the eye.

here she appeared here in the video, singing and dancing to the tunes of a foreign song, her left eye swollen and around it in a circular motion, severe redness.

Fans were worried about Sherine’s daughter, and wondered if someone had hurt her, but Hana replied to one of the comments that she had put makeup on around her eye for Halloween. 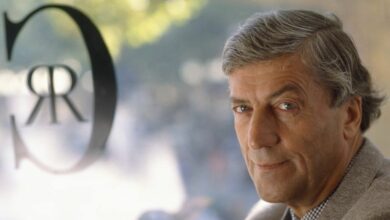 Kourtney Kardashian and Megan Fox Are Back in Sultry SKIMS Campaign