The Egyptian star took to her Instagram story to connect with her followers through ‘ask me a question’ sticker, and fans took the chance to ask the superstar detailed and personal questions regarding her relationship with fellow artists and her estranged husband. 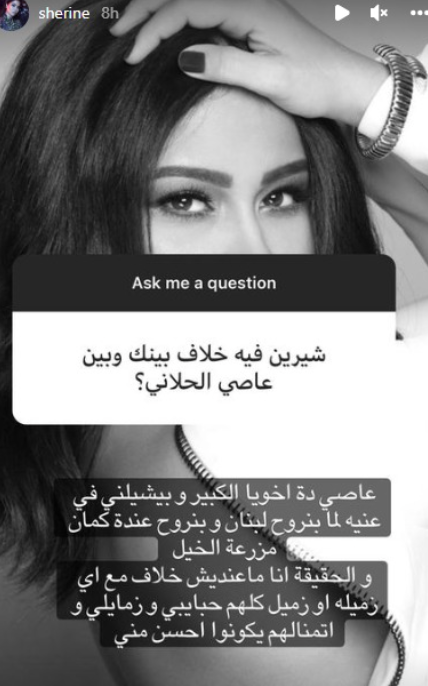 One of the questions read: ”is there bad blood between you and Assi Al Hallani?” Sherine answered: ‘Assi is my big brother, he cares so much about me, and we visit him a lot in Lebanon and in his Stable, and the truth is, I have no bad blood with anyone, I care about my colleagues and I wish everyone the best, and I want them to be better than me” 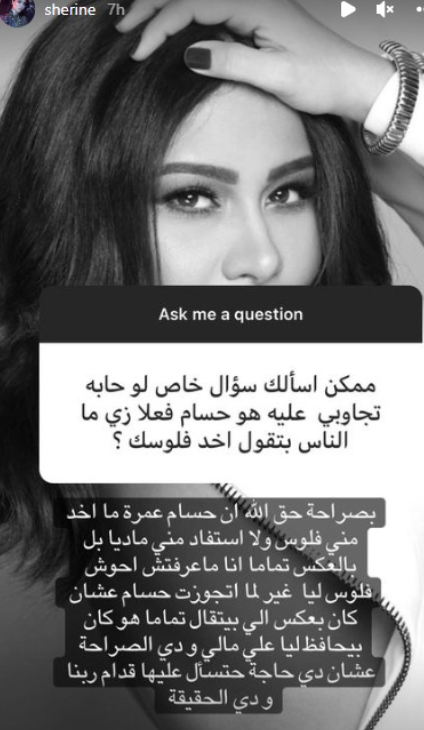 Another questions was regarding Hussam Habib, in which a fan asked ‘Is it true that Hussam took all your money?” Abdel Wahab responded: ‘I promise, Hussam did not take money from me and never took advantage of me financially, in fact it was the complete opposite,” 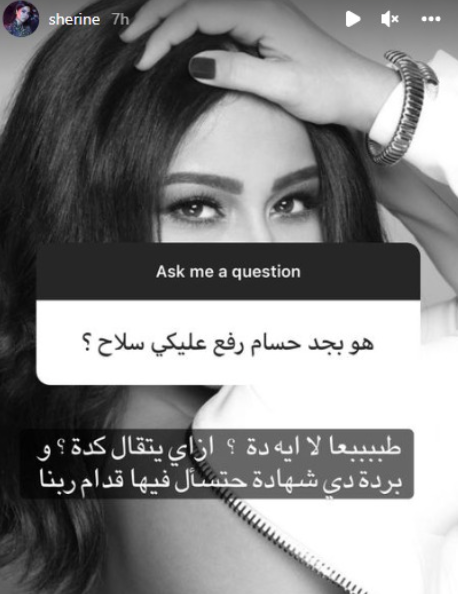 A user sent a different question to Sherine asking: ”Is it true that Hussam aimed a gun at you?”

She responded: ”Absolutely not! how can people say stuff like that?”

The past weeks Sherine Abdel Wahab has been more present on social media, and earlier, she was asked if she still had feeling for Habib, she said: ‘I do not love nor hate him’. Will Idina Menzel’s Son Grow up to Follow Parents’ Footsteps?