In a move that aims to provide additional financial assistance to businesses impacted by the coronavirus outbreak and to boost the liquidity for the banking system in the emirate, the Sharjah Finance Department (SFD), has recently established a framework worth Dh. 4 billion ($1.09 billion), according to the Emirates News Agency (WAM).
“Issued as 12 month dirham-denominated paper in several tranches, the Sharjah Liquidity Support Mechanism (SLSM) Sukuk represents the first rated short-term local currency tradeable instrument in the UAE, which can be used for liquidity management by banks,” the SDF said in a statement on Tuesday.

“This paper has a short-term investment grade rating of A-2 by Standard & Poor’s rating agency,” it added.

Waleed Al Sayegh, Director-General of Sharjah Finance Department said, “The authorities in Sharjah and across the region are taking the required measures to provide maximum assistance to all businesses dealing with the impact of the outbreak. This service will allow banks to use the Sukuk as security to access liquidity facilities at the UAE Central Bank, by following the required guidelines.”

He further added that since the beginning of the crisis, Sharjah Government has introduced several packages and services to support companies and individuals.

A first tranche of the SLSM was subscribed to in May by Bank of Sharjah with an Dh 2 billion participation. Subsequent tranches with one or more other banks are expected to expand the SLSM to Dh 4 billion, the statement added. 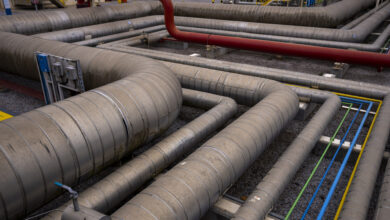 Turkish lira again weakens to record low beyond 8.1 against US dollar