Speaking to reporters on Tuesday, Morrison – who is already under pressure for his handling of sexual assault allegations involving members of his staff – called the behaviour “absolutely shameful” and pledged to do more to attract women to politics

His comments came hours after The Australian newspaper and Channel 10 reported that several staff had set up a Facebook Messenger group that enabled them to share images and video of sex acts performed in the Parliament House.

The videos and photos were leaked by a whistleblower, who told the news outlets that government staff and legislators often used a Parliament House prayer room to have sex, and alleged that sex workers had been brought into the building “for the pleasure of coalition MPs”.

He also said a group of staffers routinely swapped explicit photos of themselves and he received so many he had “become immune to it”.

He said there was a “culture of men thinking that they can do whatever they want” and while he did not think the staffers had broken any laws, “morally, they are bankrupt”.

‘We must do better’

The ruling Liberal/National coalition has come under sustained pressure in recent weeks after three former staff members of the ruling Liberal party alleged that they had been sexually assaulted by the same unidentified colleague.

One victim, Brittany Higgins, went public last month, saying the man raped her in a minister’s parliamentary office in 2019.

Separately, earlier this month, Attorney General Christian Porter, the country’s chief law officer, identified himself as the subject of a historical rape allegation and vigorously denied the claim.

The controversies spurred tens of thousands of people to rally around Australia last week and led to a slump in Morrison’s standing in opinion polls.

The prime minister has sought to defend his government’s actions in working to improve gender equality, but on Tuesday he accepted there was broad dissatisfaction with his handling of the allegations of mistreatment of women in politics.

“I acknowledge that many Australians, especially women, believe that I have not heard them, and that greatly distresses me,” Morrison told reporters in Canberra.

“We must do better… we must get this house in order.”He grew emotional as he talked about the importance of his wife, mother and daughters, and said women had endured a “very traumatic” month.

However, Morrison offered few concrete proposals to improve the workplace culture in Parliament, insisting that changes would be announced in the coming weeks.

Minister for Women Marise Payne said the revelations were “beyond disappointing” and highlighted the need for a government-ordered inquiry into Parliament’s workplace culture.

Cabinet minister Karen Andrews said she had had an “absolute gutful” of sexism in politics and her “conscience will no longer allow me to remain quiet”.

She told reporters in Canberra that the ruling Liberal Party should consider gender quotas for its political representatives.

Thorpe, a representative for the Greens party, told the Canberra Times the “brazen” harassment had included “suggestive” remarks and unwanted touching.

“These are men that write our laws – men that should know better,” she tweeted. “What they’ve done is violating behaviour. It’s physical. It’s sexualising, objectifying behaviour – it makes me feel physically sick.”

Australia’s parliament has been repeatedly criticised for a “toxic” workplace culture that has allegedly spawned persistent bullying, harassment and sexual assault of women – particularly in the ruling coalition.

The opposition Labor party, which already has gender quotas in place, has not been immune from similar allegations. A Facebook group of female workers recently detailed alleged sexual harassment by male colleagues and politicians. 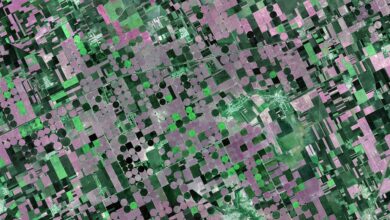 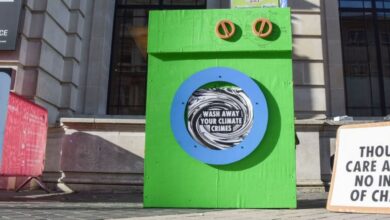 Egypt’s ‘City of the Dead’ Turns Into a Sprawling Metropolis