Seven young children were hospitalized in Virginia in the United States on Wednesday after reportedly overdosing on sleeping pills handed to them by a seven-year old child, Newsweek reported.

Four children, aged one, two, three and four, were breathing but unresponsive while three others were awake but in a “lethargic state” when the police arrived to the residence, local TV station WTVR reported according to Newsweek.

All seven children were taken to hospital and are expected to heal, however, two of the youngest were transferred to a different medical facility “in a serious condition.”

It’s believed that the oldest child, who is seven years old, gave the children a prescription drug then took one himself, the report said, adding that the police suspect the drug was a sleeping pill.

The open bottle which contained the pills did not have a label on it, hence they could not immediately identify what the drug is.

According to WRIC television, the police went to the house where the children were after receiving a 911 call from a woman who is the mother of four of the children.

The woman, who was reportedly babysitting the three other children while looking after her own, left them unsupervised “for a short period of time” to buy groceries.

“They were left unsupervised for a short period of time and one of the kids [who has] prescription medication got into it and shared with the other children,” Lt. Cheyenne Casale told WTVR.

When the woman returned home, she saw the children were lethargic and she contacted 911 after seeing the drug bottle empty.

According to Newsweek, there are no sleeping pills approved for children to treat insomnia, but childhood insomnia is sometimes treated with melatonin, herbal remedies or mild sedatives. 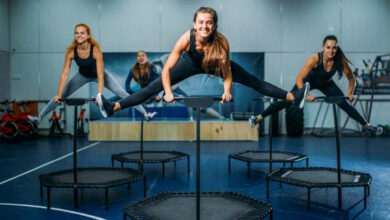 Superfoods are Hiding in Your Fridge Omicron sub-variants BA.4, BA.5 account for 21 percent of COVID types in US: CDC