After a single application, a total of seven chemicals commonly found in sunscreens can be absorbed into the bloodstream at levels that exceed safety thresholds, according to studies by the Center for Drug Evaluation and Research, an arm of the US Food and Drug Administration.

“What is most alarming about these findings is that chemicals are absorbing into the body in significant amounts and the ingredients have not been fully tested for safety,” said David Andrews, a senior scientist for the Environmental Working Group, or EWG, a consumer organization which advocates for sunscreen safety.

“If companies want to keep these ingredients in products, they need to urgently test for potential harm to children and harm from long-term use,” Andrews added.

The fact that an ingredient is absorbed through the skin and into the body doesn’t mean that particular ingredient is unsafe, said Dr. Janet Woodcock, director of the Center for Drug Evaluation and Research, the arm of the FDA which conducted the studies.

“Rather, this finding calls for further industry testing to determine the safety and effect of systemic exposure of sunscreen ingredients, especially with chronic use,” Woodcock said.

Experts and the FDA stress the sun’s link to cancer and aging is real, so don’t abandon sun protection. Suggestions include long-sleeved clothing, hats, sunglasses and staying in the shade. If chemical sunscreens worry you, consider mineral-based sunscreens, which the FDA has determined are generally considered safe and effective.

The American Academy of Dermatology recommends applying at least 1 ounce of sunscreen to all exposed skin every two hours or after swimming, including “back, neck, face, ears, tops of your feet and legs.”

Confirmation of previous study
The FDA findings, published Tuesday in the journal JAMA, confirmed the results of a pilot study the agency published last year. That pilot study discovered four popular chemical sunscreen filters often used in commercial products — avobenzone, oxybenzone, octocrylene, and ecamsule — were absorbed from the skin into the bloodstream after a single day of use.

All of these chemicals are part of a dozen that the FDA wants manufacturers to research before they can be considered GRASE or “generally regarded as safe and effective.”

After initial absorption, the concentration of the six chemicals in the blood increased each day of application, and remained above FDA safety levels at day seven, well after application had ended. Two of the chemicals — homosalate and oxybenzone — were still above safety thresholds at day 21.

“It seems likely that some of it is getting absorbed into the blood long after the sunscreen applications and in part that is why levels in blood stay high weeks after application,” Andrews said.

“The skin is not a perfect barrier and so absorption of small amounts of chemicals from sunscreens (and indeed other skin care products such as cosmetics) is to be expected,” said Rob Chilcott, a professor of toxicology at the University of Hertfordshire in the UK.

“This does not mean that sunscreen products are unsafe to use, but that appropriate safety tests need to be performed by manufacturers,” he added.

Sunscreen industry associations said they would continue to work cooperatively with FDA to determine what additional studies are needed to ensure the ongoing safety of sunscreen active ingredients.

“The presence of these ingredients in plasma does not suggest a safety issue and there were no serious drug-related adverse events reported in the trial,” said the Personal Care Products Council and the Consumer Healthcare Products Association.

Sun dangers
a close up of a womans face: How dangerous is that sunburn?
© Provided by Cable News Network, Inc. How dangerous is that sunburn?
One in five Americans will develop skin cancer by the age of 70, the Skin Cancer Foundation says. Around the world, melanoma ranks as the 19th most common cancer in both men and women,according to the World Cancer Research Fund.

In the United States, sunscreens were originally approved as an over-the-counter solution to sunburn. They came in two types: one using chemical combos to filter the sun, the other using minerals to block the sun such as titanium dioxide or zinc oxide, which leave a telltale white coating. With many people not wanting to sport a white tint, the popularity of the chemical sunscreens soared.

Because of the way they were used at the time, there wasn’t a lot of concern about a potential health impact. But that soon changed, and the FDA began to ask the industry for safety testing.

Critics say they have dragged their heels over the years, thus pushing the FDA to do the initial studies.

“The FDA is turning up the heat on sunscreen manufactures by doing their own testing and finding that the most common sunscreen chemicals absorb through the skin and into blood at levels that could cause harm,” the EWG’s Andrews said.

However, they pointed to studies that have “raised questions about whether oxybenzone and homosalate” might affect hormone activity.

In the 2019 study, “oxybenzone was absorbed into the body at about 50 to 100 times higher concentration” than the others tested, Andrews said.

Research has shown a potential link between oxybenzone and lower testosterone levels in adolescent boys, hormone changes in men, and shorter pregnancies and disrupted birth weights in babies. However, researchers caution about assuming an association between exposure and those outcomes.

A 2008 Swiss study found oxybenzone or one of four other sunscreen chemicals in 85% of breast milk samples, sparking concern that newborns could be exposed. A 2010 study found another of the studied chemicals, octinoxate, in breast milk.

In 2008, the US Centers for Disease Control and Prevention analyzed urine samples collected by a government study and found oxybenzone in 97% of the samples.

Of all of the sunscreen ingredients, oxybenzone is known to be the most common cause of contact allergies; a 10-year study found that 70% of people had a positive patch test when exposed.

The European Union has mostly replaced oxybenzone in its sunscreen products with newer, more protective substances that block out more of the dangerous UVB and UVA rays. But those newer products have not passed the safety tests needed for FDA approval. So oxybenzone remains in use; in fact, a 2018 report by the EWG estimated that it was in two-thirds of all chemically based sunscreens sold in the United States.

A worrisome impact
All of these negative findings — and the subsequent publicity — could have a worrisome outcome when it comes to cancer prevention, said Dr. J. Leonard Lichtenfeld, deputy chief medical officer for the American Cancer Society.

“The public sees headlines saying the ‘FDA is concerned’ and then wonders if sunscreens are safe,” Lichtenfeld said.

In addition, Hawaii, the Pacific nation of Palau and Key West have banned sunscreens containing oxybenzone and octinoxate because they cause coral bleaching and are dangerous to marine ecosystems. That adds to the public’s unease about sunscreens, Lichtenfeld said.

“Those two issues in parallel have led to concern in the sun safety community that people are going to abandoned sunscreen as a means of sun protection,” Lichtenfeld said.

In their statement, the FDA gave a nod to that worry as well.

“Given the recognized public health benefits of sunscreen use, FDA urges Americans to use sunscreens in conjunction with other sun protective measures (such as protective clothing),” Woodcock said.

The EWG, which publishes a guide on sunscreen safety, recommends choosing a mineral sunscreen containing titanium dioxide and zinc oxide when possible, while the American Academy of Dermatology recommends talking to a board-certified dermatologist if you are concerned about the safety of the sunscreen’s ingredients.

Both organizations say there are ways to protect yourself and your family other than sunscreen. Seek shade, especially between 10 a.m. and 2 p.m. when the sun is at its hottest, and whenever your shadow is shorter than you. Use protective clothing, such as long-sleeved shirts and pants and a hat with a wide brim, and don’t forget the sunglasses.

“It’s important for us to note that sunscreen is part of sun safe behavior, but certainly not necessarily the most effective way to prevent damage from the sun,” Lichtenfeld said. 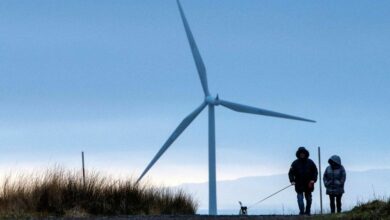 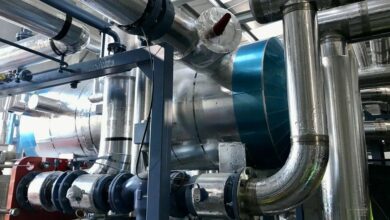 Mark Hughes: Qatar should be proud of its preparations for 2022