Sudan’s justice ministry said Monday it has finalized a settlement with families of the victims of the USS Cole bombing, ending long-running litigation in US courts.

Khartoum agreed in February to compensate the families of 17 American sailors who were killed in a suicide bombing targeting their navy destroyer in Yemen’s Aden harbor in 2000, an attack that was later claimed by al-Qaeda.

A US court held Sudan responsible for the attack and ordered compensation, finding that the bombers were trained in the country.

In March 2019, the US Supreme Court overturned the ruling on procedural grounds.

On Monday, Sudan’s justice ministry said it had submitted on Friday a petition alongside families who pursued the case with the relevant US court to end pending lawsuits against Sudan regarding the USS Cole.

“The settlement procedures have now been completed in such a way that would permanently scrap lawsuits,” the ministry said in a statement.

The ministry did not give further details on the deal or the amount of compensation.

Khartoum has always denied the charges but by agreeing to a settlement, Sudan has fulfilled a key condition set by the United States to remove it from Washington’s state sponsors of terrorism list.

Sudan has been on Washington’s blacklist since 1993 over its alleged support of radical groups, a designation that impeded foreign investment.

Since the ouster of Omar al-Bashir last April, Sudan has been in talks with the US over its removal from the blacklist in a bid to revive the country’s ailing economy.

Sudan’s justice ministry said the settlement “clearly states that Sudan was not responsible for the attack of the USS Cole… [the deal] was only to serve Sudan’s strategic interest.” Salman Rushdie off ventilator and talking a day after stabbing 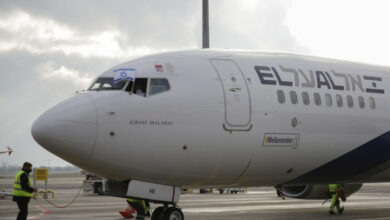 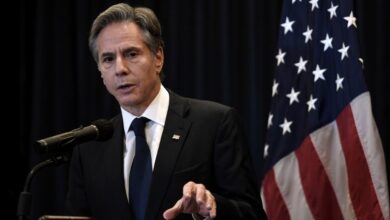