TikTok is ‘as much a threat to Britain’ as Huawei, senior Tory MPs said today in the latest warning about the Chinese social media app.

The party’s former leader Sir Iain Duncan Smith called for the service to be banned because of its links with the ‘Chinese intelligence services’, which are feared to be hoovering up user data for spying purposes.

TikTok, which allows users to post short videos and is widely popular with teenagers, is owned by Beijing-based company ByteDance. It has already been outlawed by India and Mike Pompeo, the US secretary of state, says America could follow.

Referring to the app, Sir Iain told The Times: ‘There are real serious concerns, as big as with Huawei, over the role that they play.

‘TikTok is the product of a company called Byte Dance which has roots everywhere at the moment, a bit like Huawei. They’re growing like mad. Everybody is now reviewing the company.’

Tom Tugendhat, the Tory chairman of the foreign affairs committee, said: ‘Companies like Byte Dance raise serious questions about who they’re willing to work with and what that co-operation will enable.’

Critics see it as a threat to national security because of its ties to China and claim it is compelled to ‘support and cooperate with intelligence work controlled by the Chinese Communist Party’.

Concerns have also been raised over the volume of data the app collects on its users and allegations it censors material that harms China’s foreign policy aims or mentions its human rights record.

The company had planned to open its global HQ in Britain, but the move has reportedly been shelved amid growing concern about Beijing’s influence in Britain.

TikTok has angrily denied claims it is accessed by Chinese intelligence, with its head of public policy for Europe, Theo Bertram, telling BBC Radio 4’s Today programme that the allegation was ‘completely false’.

‘TikTok is not available in China. TikTok data is stored in the US,’ he said. ‘TikTok is a company incorporated in the US. There is zero truth to the accusations that the Chinese state has access to TikTok users’ data.’

Mr Bertram added that the social media app would ‘definitely say no’ to any requests for data, and has been set up in a way to ‘give protection to our users from the Chinese government’.

Mr Bertram said the app is being ‘kicked around as a political football’ and that some of the ‘political rhetoric’ is ‘getting out of the reality’.

The TikTok executive also dismissed reports that the company has shelved plans to build its global headquarters in London amid the ongoing tensions between the UK and China.

‘We are still thinking about what to do about our global HQ and we haven’t made any decision on that yet, and anything else is speculation,’ he said.

Scrutiny of the social media app has increased in recent weeks as tensions between London and Beijing rose following the UK Government’s criticism of the Hong Kong security law and the recent decision to ban technology company Huawei from the country’s 5G network.

When asked about a ban in the US, secretary of state Mike Pompeo said ‘we’re taking this very seriously’.

‘With respect to Chinese apps on people’s cell phones, I can assure you the United States will get this one right too,’ he said. ‘I don’t want to get out in front of the President [Donald Trump], but it’s something we’re looking at.’

He said people should only download the app ‘if you want your private information in the hands of the Chinese Communist Party.’

Despite its ownership, TikTok has never been available in China. Instead, ByteDance operates a more heavily censored version under the name Douyin.

TiKTok has said previously that it operates separately from ByteDance. It says its data centres are located outside of China and none of the data is subject to Chinese law.

US user data is stored in the United States, with a backup in Singapore, according to TikTok.

The company has also been criticised by child safety campaigners after an investigation uncovered that paedophiles caught grooming children on the app were only receiving one-week suspensions.

Leaked documents obtained by the Telegraph showed that the tech company’s policy for users caught messaging children in a sexualised way was to lock their account for seven days for their first offence, a month for the second and then impose an automatic permanent ban on the third occasion.

Former moderators on the site said the rules meant paedophiles were allowed to return to the site with the same accounts and carrying on trying to groom children.

TikTok’s Theo Bertram said today that the policy had been replaced ‘more than a year ago’ and the app has a ‘zero-tolerance’ policy on child sex abuse material. 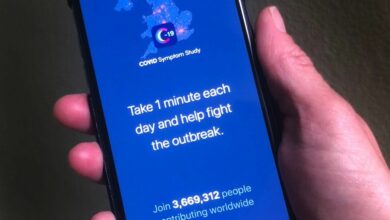