The audience burst into laughter – and nearly burst into tears – as 18 youth and young adults from around Lebanon shared their life stories and struggles with identity, sectarianism, racism, and social marginalisation.

It was the story of a young Druze man who was bullied because he was poor, a Syrian-Lebanese woman born and bred in Beirut struggling with the country’s discriminatory nationality law, a Sunni man from Tripoli raised in a Shia orphanage on the outskirts of the capital for 14 years without ever knowing his identity – and more.Taarafou – Arabic for “Get to Know Each Other” – is a play that Lea Baroudi, the co-founder and director of the non-profit organisation MARCH Lebanon, says is more crucial than ever for the troubled country. She brought renowned playwright and poet Yehia Jaber to write and direct the play, based on the 18 actors’ real-life experiences.

“The idea was to showcase the main issues plaguing our country, through the new generation even, and remove all the stigmas related to regions and highlight how important it is to agree that we do not need to fight based on a certain identity.”

The play is part of a wider social programme, and includes group psychological support. Baroudi and MARCH Lebanon for a decade have worked on a variety of community-building and conflict-resolution projects in Tripoli and the capital Beirut.

Nazha shared his story about how he experienced racism in his native Baalbek, because his mother was from Liberia. “They would call me ‘coal’,” he told the audience.

The actors high-fived and embraced one another after another fully booked performance, but both Baroudi and Nazha say it took a while to reach that point.

“Even the youth involved in the play were not all in this mindset in the beginning,” Baroudi admits. “Some people wanted to stop, and there were arguments.”

Nazha originally doubted the play would amount to anything.

July was hottest month on record, US agency says

9/11: In Honor of Its 19th Anniversary NASA Shares Satellite Images of Manhattan That Day 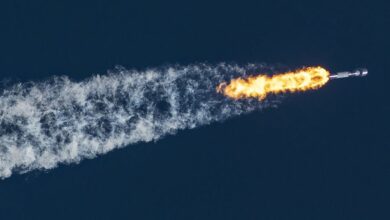 Why do the rich get richer — even during global crises?