The married couple are on the premiere episode of National Geographic Channel’s Brain Games and E! News has your exclusive sneak peek. In the installment, “Male Brain vs. Female Brain,” host Keegan-Michael Key has the duo go head-to-head in a battle of the mind. First up, it’s performance under pressure.

The two have to arrange the numbered blocks in numerical order from 25-1 on a grid before time runs out and a traveling flame ignites a propane filled balloon. In the clip, Key explains a study showed that men and women are pretty much equal with math challenges, but men tend to perform better under pressure.

Should they not complete the puzzle and the balloon exploded, Shepard says he’s only prepared to save Bell.

“I will be diving onto Kristen with the flame-retardant jacket. I won’t have room for both of us under this jacket, so you’re going to go up in flames,” Shepard tells Key, which gets him a hug from Bell. 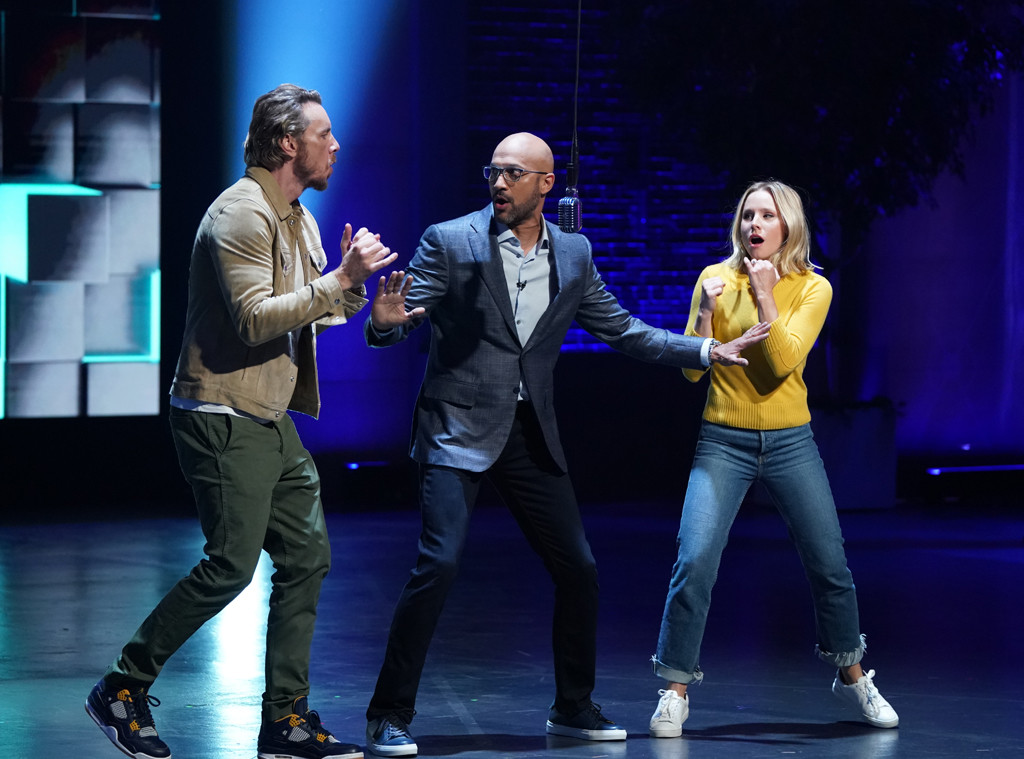 Hey, Key understands. “She’s America’s sweetheart. This is a treasure we got to keep that in tact,” he says.

“This is the little money tree that grows in my yard, so we got to protect her,” Shepard says.

See what happens in the exclusive clip above.

In the premiere episode, the duo will also face off in challenges having to do with stocking items in a fridge, communicating details of an outfit and more. Look for field correspondent Cara Santa Maria to also play a game of telephone to see if men or women communicate better, mentalist Lior Suchard reveal the names of Bell and Shepard’s first crushes, and the Gauntlet, a battle where the two compare their mental strength and agility.