Some 1,200 years ago, an ancient civilization would visit a large wooden temple on what is now Norway to pray and make sacrifices to Norse gods such as Odin and Thor – and archaeologists have found evidence of the pagan structure.

Archaeologists from the University Museum of Bergen have been excavating a site in the western region of the country and recently uncovered the ‘god house’ that was once a wooden structure and dates to the Viking Age.

They say the building was about 45 feet long, 26 feet wide and stood nearly 40 feet high, and was used for worship by sea fairing men and women during the midsummer and midwinter solstices.

Søren Diinhoff of the University Museum of Bergen told DailyMail.com in an email: ‘A religious feast or blot as it was called in the Viking Age meant that animals were sacrificed and the meat would be prepared for the gods and ancestors.

‘But, as the gods could not eat the meat and drink the beer, the tribe would do on behalf of them.

‘On the most important days of the year people would meet up at the god house and the priest ‘gode’ would perform rituals and prayers to gods (wooden statues of the gods).’

‘Animals would be slaughtered and the meat prepared in cooking pits. The feast with eating the meat and drinking would likely take place at the manors hall building.’

Diinhoff and his team have been exciting this site on the Ose farm near Ørsta, in western Norway for around two months.

Once completed, the area is set to undergo construction for a new housing project.

‘We have opened up around an acre on a site where the farm Ose used to be. From written sources, this farm can be traced back into the Medieval period,’ Diinhoff shared in an email.

‘It is therefore no surprise that we have found several buildings from the Early Medieval Period here.’

‘In fact we have buildings here that date all the way back into the Early Iron Age almost 2500 years ago.’

‘We are also certain that we have a Late Iron Age (Viking Age) farmhouse here.’

Experts have uncovered signs of pagan worship in the region over the years, typically artifacts, but this is the first Old Norse temple discovered.

The temple is said to once have a curved longside with slight rounded gables and at the center stood four posts.

‘At this time we do not have any radiocarbon dating analysed, but the architecture clearly testify that the building must be dated to the Late Iron Age (600 – 1000 AD) and probably to the Viking Age,’ Diinhoff shared.

However, this ritual came to an end right before the Viking era began and the Norse transitioned to animal sacrifices.

During these rituals, according to experts, the blood of sacrificial animals was likely splashed over walls, statues of gods and party participants.

‘As this building must be from the Viking Age there we cannot expect to find any gold items. Had the floor layer not been plowed away long ago, we would probably have found small figurines of Odin, Frøyer and whoever of the Norse gods were worshiped here,’ Diinhoff explained in the email.

‘We would have found sacrificed weapons, especially spears.’

‘The soil in Western Norway is high on acid and combined with the climatic processes of rain, heat and frost, metal items do not last long.’

He also noted that there would have been a number of these pagan temples across Scandinavia, but Christianity eventually made its way to the area and the followers likely built on top of the old temples – hiding them forever.

‘Ose had been the most important farm with the cult place, now in medieval Christian era the farm took over, said Dinnhoff.

‘Luckily this secured that the remains of the temple could be found.’ 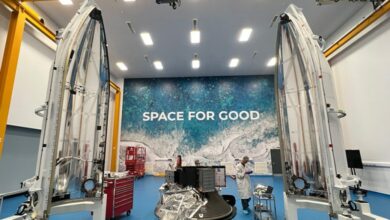 This Wildly Popular Treat Is Actually Good For Your Heart, Study Finds COP27: What are the sticking points in COP27 negotiations?