Saudi Arabia is launching a SR3 trillion ($800 billion) plan to double the size of Riyadh in the next decade and transform it into an economic, social and cultural hub for the region.

The ambitious strategy for the capital city was unveiled by Fahd Al-Rasheed, president of the Royal Commission for the City of Riyadh, ahead of key meetings of the U20, the arm of the G20 leaders’ summit that deals with urban development and strategy.

“Riyadh is already a very important economic engine for the Kingdom, and although it’s already very successful, the plan now, under Vision 2030, is to actually take that way further, to double the population to 15 million people,” he told Arab News.

“We’ve already launched 18 megaprojects in the city, worth over SR1 trillion, over $250 billion, to both improve livability and deliver much higher economic growth so we can create jobs and double the population in 10 years. It’s a significant plan and the whole city is working to make sure this happens.”

About $250 billion in investment is expected from the private sector, with the same amount generated by increased economic activity from population growth, finance and banking, cultural and desert tourism, and leisure events.

“We must also ensure the growth is managed properly, so there will be a focus on transport and logistics, including the Riyadh metro which will open at the beginning of next year. The aim is to increase productivity,” Al-Rasheed said.

The plan involves the creation of a “mega industrial zone” focusing on advanced technology such as renewables and automation, and biotechnology and aquaponics. Another key feature is sustainability, with energy conservation, the circular carbon economy with its emphasis on reducing emissions, and water management, all priorities.

“You will see 7 million trees planted in Riyadh in the next few years, and King Salman Park will be bigger than Hyde Park in London,” Al-Rasheed said.

The city also aims to be a Middle East artistic and cultural hub. An opera house is being considered, as well as public art shows with 1,000 works commissioned from around the world. “We have not seen anything like it since Renaissance Florence,” Al-Rasheed said.

The plans will be discussed this week during online meetings of the U20 linking Riyadh with Houston. The Texas oil capital is suffering a new spike in coronavirus cases and pandemics will be on the agenda. “We want to deal with this one, but also be ready for the next one,” Al-Rasheed said. Is The Myanmar Army Making Money Out of The Corpses of Protesters? 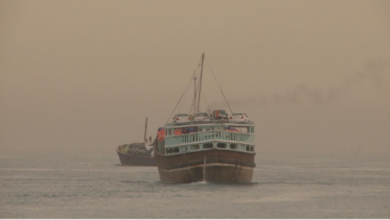 Young Saudis Step Away From The Tradition of Marrying Early

Egyptian High-Budget Movies Back Are on The Silver Screen