There are no concerns about a shortage of local or imported strategic food supplies in Saudi Arabia, according to an official, as the Kingdom’s strategic reserves of wheat exceeds 1 million tons and the country plans to start importing at least 1.2 million tons more as of next month, the Agriculture Ministry’s spokesman said Monday.

His comments came amid concerns over supply tensions arising from the coronavirus crisis.

The Kingdom has also expanded the list of countries from which it can import livestock, and doesn’t have any concerns about shortages of livestock supply, Abdullah Abalkhail said at a televised press conference.

Saudi consumption of food and livestock is expected to increase, with the approach of the Muslim month of Ramadan.

“We assure the availability of food supplied from the local and strategic reserve,” he said. 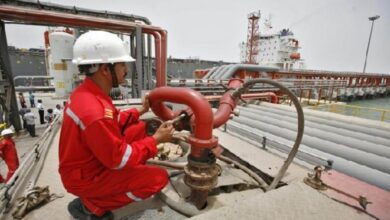