Saudi Arabia’s megaproject NEOM will be subject to the regulations of the Kingdom, despite having separate economic legislation, an official source told the Saudi Press Agency (SPA).

The statement on Monday came in response to NEOM’s head of tourism Andrew McAvoy’s comments to local press at the Arabian Travel Market in Dubai, where he suggested that the sale of alcohol had not been ruled out.

Residents of NEOM will also not be classified differently than people living in other parts of the Kingdom, SPA reported.

Officials have in the past hinted that the sale of alcohol could be permitted in the planned city.

A unnamed senior official told AFP in October 2021 that the “delicate” issue was being considered.

Al Arabiya English has contacted a NEOM spokesperson for clarification.

The plan for NEOM was announced in 2017 by Crown Prince Mohammed bin Salman as part of his Vision 2030 reform program to diversify the oil-heavy economy and boost tourism.

It is part of a raft of developments including the Red Sea Project, which is due to welcome its first tourists in 2023.

Plans for NEOM tout it as a low-carbon sustainable city whose layout emphasizes physical exercise.

The sports director Neil Coupland said in an interview with Al Arabiya English that those behind the project intend it to be the “most active place on the planet,” with three-quarters of the population exercising at least three hours a week.

In January 2021 the Crown Prince announced that a 170 kilometer long belt of communities would be built in NEOM.

‘The Line,’ as it will be known, is slated to be a zero-carbon system with no roads or cars.

Commuters will instead use high-speed transit systems, which reportedly will take no more than 20 minutes to ferry people from one end of the city to the other. Coronavirus: Cases in Qatar climb to 14,369 after 640 new infections detected 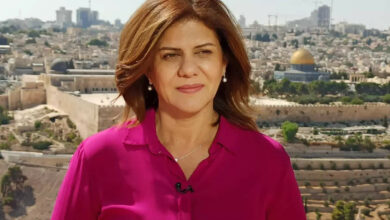