Saudi Arabia’s central bank governor Fahad al-Mubarak said in a conference on Sunday that inflation in the kingdom is still within a reasonable rate.

Food and beverages and transport prices were again the main drivers of inflation, both rising four percent in August, the General Authority for Statistics said in a statement. Meat prices were up 6.7 percent, pushing up the rate for food and beverages, which make up 18.8 percent of the consumer basket.

Prices were up 0.4 percent on a monthly basis, compared with a 0.5 percent month-on-month rise in July.

In July 2020, Saudi Arabia tripled its value-added tax (VAT) to 15 percent to shore up finances hit by low oil prices due to a price war with Russia and the impact of the COVID-19 pandemic.

Last year, Saudi Arabia’s Crown Prince Mohammed bin Salman said the decision to raise VAT was “a painful measure” that would last between one and five years before a cut to between five percent and 10 percent. US inflation hits new 40-year high in May 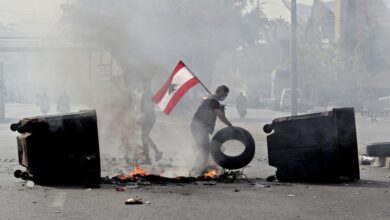 IMF will only support a ‘comprehensive program’ for Lebanon: Georgieva