Saudi Arabia’s foreign minister has expressed optimism that the three-year boycott of Qatar by four Arab nations, including the kingdom, may be nearing an end.

“We hope that this progress can lead to a final agreement which looks in reach, and I can say that I am somewhat optimistic that we are close to finalising an agreement between all the nations in the dispute to come to a resolution that we think will be satisfactory to all,” the prince said.

However, the other three nations boycotting Qatar – Bahrain, Egypt and the United Arab Emirates – did not immediately acknowledge any progress. More than a year ago, a similar hope for an end to the dispute quickly faded.

But Prince Faisal’s remarks did come just hours after the top diplomat from mediator nation Kuwait described the ongoing talks over the crisis as “constructive and fruitful”.

Kuwaiti Foreign Minister Sheikh Ahmad Nasser al-Sabah said on Friday there was progress in resolving the dispute but stopped short of announcing any breakthrough in the dispute.

“Fruitful discussions have taken place recently in which all sides expressed their keenness … to reach a final agreement,” al-Sabah said in a statement read out on Kuwait TV, thanking White House senior adviser Jared Kushner for his “recent efforts”.

“The Kuwaiti statement is an imperative step towards resolving the GCC crisis. We express our gratitude to the State of Kuwait for their mediation & the United States for their efforts,” Al Thani said on Twitter.

Earlier on Friday, Al Thani also said there has been movement on resolving the diplomatic dispute.

“Right now, there is a movement that we hope will put an end to this crisis,” Al Thani said.

“We believe the end of the crisis is important for the security of the region and for the sake of our people. This crisis needs to end based on mutual respect and the rights of all people of the Gulf.”

US Secretary of State Mike Pompeo, speaking remotely to the International Institute for Strategic Studies’ annual Manama Dialogue, said he hoped any agreement between Qatar and the boycotting countries would be made on a “foundation that is lasting”.

“We are very hopeful that the dispute between the Saudis and the Qataris can be resolved,” Pompeo said. “We’re going to keep working to facilitate conversations and dialogues.”

Al Jazeera’s senior political analyst Marwan Bishara, reporting from Doha, said: “A Gulf summit expected to take place next week [could] be a good occasion for Kuwait to introduce the new agreement between Qatar and the other Gulf countries.”

He also said Kushner did not really seem to have brought much to the crisis resolution.

“Clearly, he came too late in the game and he left too late in the sense that he came to get some credit, but it didn’t really work out because everyone understands that Qataris and Saudis did most of the work and Kuwait of course has been mediating this crisis for years,” he said.

Earlier on Friday, Al Thani said there has been movement on resolving the bitter diplomatic dispute but that he could not predict whether a breakthrough was imminent or would fully resolve the matter.

There have been false starts in the past in resolving the crisis. However, this was the first time Kuwait, which has been mediating the dispute, issued a communique such as Friday’s one on state TV.

Saudi Arabia, the United Arab Emirates, Bahrain and Egypt imposed a diplomatic, trade and travel boycott on Qatar on June 5, 2017, accusing Doha of supporting “terrorism” and having ties with Iran that were deemed too close.

Qatar has repeatedly rejected the accusations as baseless while highlighting its readiness for dialogue.

Al Jazeera’s Bishara said confidence measures would likely come first in any preliminary agreement to end the dispute, such as opening air space, which could be followed by some bilateral talks to resolve issues.

“I think what we have for now is a framework agreement that they are turning the page and there is the will to resolve this issue,” he said.

Andreas Krieg, lecturer at King’s College London, told Al Jazeera that the latest developments in efforts at reconciliation were encouraging.

“There are two parties who are now willing to talk to one another and come to an agreement. It will be a preliminary agreement, to agree to an interim period where both sides can monitor each sides commitment and goodwill to solve this crisis,” he said.

Krieg said Saudi Arabia is under pressure to make concessions because they want to be seen by the incoming Biden administration as playing a constructive role in the region.

But he said it could be harder to bring the UAE into the reconciliation process.

“Bringing [Qatar and the UAE] together is going to be the biggest challenge. This is why the first step needs to be a resolution between Saudi Arabia and Qatar.” 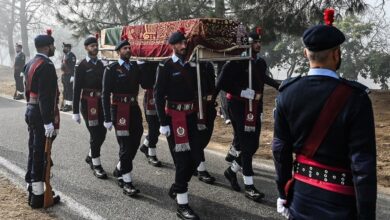 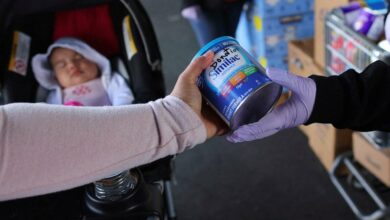