Saudi Arabia-based startup Tamara closed a $6 million seed investment round led by venture capital firm Impact46 on Wednesday. The round is the largest seed ever in Saudi Arabia.

Tamara allows customers to purchase items online without initially paying for them. Instead, at the checkout screen the customer can choose to pay for the item 30 days later, or in three installments with no additional fees.

Vision Ventures, Wealth Well, Seedra, Khwarizmi, Hala, and Nama, along with other Saudi and regional family offices were involved in the funding round, according to a statement. The funding will be used to help grow Tamara’s operations in Saudi Arabia and the UAE.

“We enable merchants to grow their sales and entice their customers with our Buy-Now-Pay-Later and installment services that do not include any fees the customer has to pay. We strongly believe Tamara will be a game-changer for both merchants and customers. It will positively re-shape the purchasing power in the market,” Abdulmajeed Alsukhan, Tamara’s co-founder and CEO said in the statement.

The $6 million investment is now the largest seed round ever in Saudi Arabia, nearly doubling the previous record of $3.5 million held by fintech firm Lean Technologies, according to MAGNiTT, a startup data platform.

Tamara also holds the record for the Kingdom’s largest pre-seed investment round at $800,000, which was also led by Impact46, MAGNiTT said.

In September last year, Tamara announced that it was partnering with Salla, an ecommerce platform that powers online stores in the Kingdom.

In a statement released at the time, Tamara said that its payment solution would now be available for customers shopping at more than 10,000 merchants powered by Salla, which itself provides a payment and logistics solution to prospective online store owners. Salla facilitates the backend payments for small businesses in Saudi Arabia in a similar model to Shopify.

Ecommerce surged in Saudi Arabia over the past year as customers respond to coronavirus rules, reducing the amount of shopping conducted at traditional brick-and-mortar stores.

“The fintech market is expected to reach $33 billion in transaction value by 2023. We believe that Buy Now Pay Later is an untapped area in this huge market, and we are proud to support the Saudi pioneers leading Tamara who will surely play a major role in the transformation and future of financial services in KSA & GCC,” Abdulaziz Alomran, CEO of Impact46 said following the seed funding round. Battery giants, Hyundai concerned by US legislation on reducing use of China supplies

How Profitable Is the Olympics for Hosting Countries? 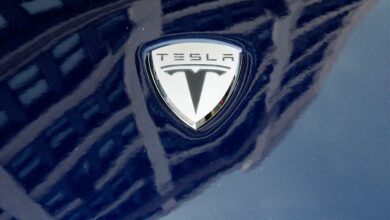