In recent months, the sovereign wealth fund had bulked up minority stakes in companies worldwide, including oil companies, taking advantage of market weakness caused by the COVID-19 pandemic.

“In terms of strategy, there has always been a sense that PIF is trying to play catch-up with regional peers, but wants to fast-track the kind of returns that investments by sovereign funds of Abu Dhabi or Kuwait and even Qatar have generated over many years,” said Rachna Uppal, director of research at Azure Strategy, a Middle East-focused consultancy

The latest filing showed that PIF sold some stocks, including Berkshire Hathaway, Canadian Natural Resources and Cisco Systems in the third quarter, and bought 13 million shares of Novagold Resources.

PIF, which manages $360 billion worth of funds, pursues a two-pronged strategy – building an international portfolio of investments and investing locally in projects that will help reduce Saudi Arabia’s reliance on oil.

In recent months, it has poured money into two units of India’s Reliance Industries — a $1.3 billion stake in Reliance Retail Ventures Ltd and a nearly $1.5 billion stake in Jio Platforms, the digital services subsidiary of Reliance.

“Although the U.S. will remain an important destination… there is a shift beginning towards developing and expanding relations closer to home, notably India,” Azure’s Uppal said.

At home, PIF is backing Crown Prince Mohammed bin Salman’s mega projects such as the flagship tourism project at the Red Sea, the planned $500 billion Neom economic zone and an entertainment hub at Qiddya.

Prince Mohammed said earlier this week that PIF would inject 150 billion riyals ($39.99 billion) annually into the economy in 2021 and 2022, and has become a key growth driver.

The fund, whose board is chaired by Saudi Arabia’s crown prince, has become a more active investor since 2015, taking a $3.5 billion stake in Uber Technologies and investing $45 billion in Softbank’s inaugural technology fund. 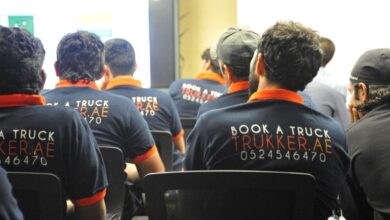 Eurozone bounces back to economic growth