The meeting came on the sidelines of the Asia-Pacific Economic Cooperation (APEC) forum, where 23 countries – including the Kingdom – are participating in the summit, held in Thailand on November 18 and 19.

The pair discussed “bilateral relations, and ways to develop and enhance them, in addition to exchanging cordial conversations on a number of issues of common interest,” the SPA report said.

The Saudi Crown Prince arrived in Thailand on Friday – the first such visit by the Kingdom’s leadership in three decades. He was welcomed by Chan-ocha upon his arrival at the Air Force Base airport in Bangkok.

Saudi Arabia downgraded its relations with Bangkok after a diplomatic row over a theft in 1989 of around $20 million of jewels by a Thai janitor working in the palace of a Saudi prince, in what became known as the “Blue Diamond Affair.”

The latest visit aimed to improve economic and trade relations between Saudi Arabia and Thailand by exploring areas of investment and the available opportunities that are in line with the Kingdom’s Vision 2030 plan and Bangkok’s development priorities, Saudi Arabia’s Ambassador to Thailand Abdurrahman al-Suhaibani said in a statement.

Saudi Arabia’s Vision 2030 aims to diversify the country’s economy and reduce its income dependence on oil. Return of Afghan floggings as Taliban takes a hardline path 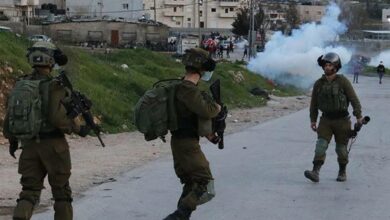