The Kingdom of Saudi Arabia and its leadership “always stand with brotherly Iraq and its dear people, and will do everything in its power to spare it the danger of war and conflict between external parties,” Prince Khalid bin Salman, Vice Defense Minister, stated in a tweet on Thursday.

Prince Khalid expressed hope that the Iraqi people may enjoy prosperity “after what they have endured in the past.”

“Everyone who loves Iraq today wants the country to avoid the disturbances and all that negatively affects its security and stability,” he tweeted.

Prince Khalid also hoped that Iraq would enhance its role in the Arab world and “attain the position that befits the capabilities and energies that God has endowed.” 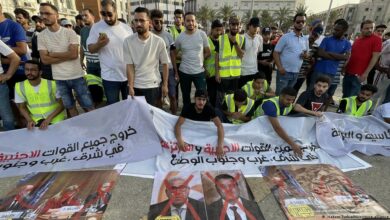