The Mohammed bin Salman Project for Developing Historical Mosques has completed its first phase, renovating 30 mosques in 10 Saudi regions at a cost of more than SR50 million ($13 million) over 423 days. This is part of the crown prince’s directive to renovate 130 historical mosques throughout the Kingdom, using Saudi companies that specialize in heritage buildings.

The government is giving utmost importance to renovating historical mosques that have been closed for more than 40 years.

Facilities such as women’s prayer rooms, services for disabled people, air conditioning, lighting and acoustics are being provided.

One of the mosques, the Jarir Al-Bajali Mosque in Taif governorate, was established in the era of the Prophet Mohammed’s companion Jarir bin Abdullah Al-Bajali.

Some of these historical mosques were known as scholarly beacons, such as Sheikh Abu Bakr Mosque, which was established more than 300 years ago in Al-Ahsa governorate.

The 30 renovated mosques have been receiving worshippers since Dec. 27, 2019, with the aim of preserving Islamic heritage and architecture, and reviving heritage villages and historical city centers.

The crown prince’s support for this project emanates from mosques’ importance in Islam and in urban architectural heritage.

The renovation works were preceded by studies, documentation of the historical and architectural dimensions of each mosque, and a review of all challenges.

The renovation process includes restoring sections that are typical of old mosques, such as the khalwah, an underground or backend prayer area at a certain height that protects worshippers from cold weather.

During the past four decades, Saudi Arabia experienced rapid urban development, including the trend of building modern mosques, neglecting historical ones, and sometimes even demolishing them to build new ones in their place.

Most elements of the design of historical mosques coincide with the trend toward sustainability and green architecture. 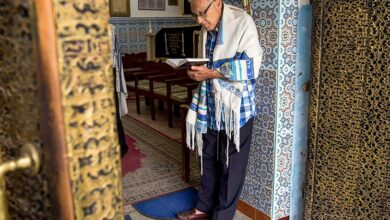