OPEC and its allies held talks on Thursday on record oil output curbs of about 15 million barrels per day (bpd) or more, roughly 15% of global supplies, to support prices hammered by the coronavirus crisis, sources involved in the discussions said.

They said the plan included cuts of about 5 million bpd from producers outside the group known as OPEC+ and could be made gradually, as the group seeks to overcome resistance from the United States whose involvement they see as vital to a deal.

Talks have been complicated by friction between OPEC leader Saudi Arabia and non-OPEC Russia, two of the world’s biggest oil producers. But sources on both sides said they had overcome differences amid the deepest oil market crisis in decades.

The coronavirus pandemic has caused an unprecedented drop in the use of oil worldwide, from driving cars to air flights and industrial usage, leading analysts to predict a massive surplus of 28 million barrels in daily oil output this month.

Thursday’s meeting, between members of the Organization of the Petroleum Exporting Countries (OPEC) and a group of allied producers known as OPEC+, is expected to find an agreement on a cut, but nobody expects them to approach the level required to balance oil markets in the short term. 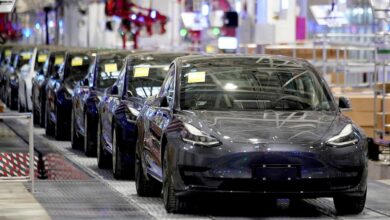