Saudi Arabia has risen two places in the annual world competitiveness rankings compiled by the International Institute for Management Development (IMD), ranking as the 24th most competitive economy among the 63 countries covered by the report.

The IMD report released earlier in the week said Saudi Arabia moved up the ranking on 3 out of 4 factors covered by the benchmark: from 30th to 20th position in economic performance; from 25th to 19th in business efficiency; and from 38th to 36th in infrastructure.

“The performance of Saudi Arabia in the last years has been stellar. It’s probably one of the countries in our rankings that has improved the most in a short period of time. And this year, the improvements in the country are driven primarily by increasing productivity and employment by heavy investments in infrastructure that, as you know well, they impact the competitiveness of the country in the long term,” said Arturo Bris, director of the IMD World Competitiveness Center.

“Specifically about the ramp up of all the business legislation that allows companies to for example, be created in a short period of time to reduce the number of licenses and bureaucratic procedures and shown that you have created a new business climate,” Bris added in a video message posted by Saudi Arabia’s Center for International Communication. 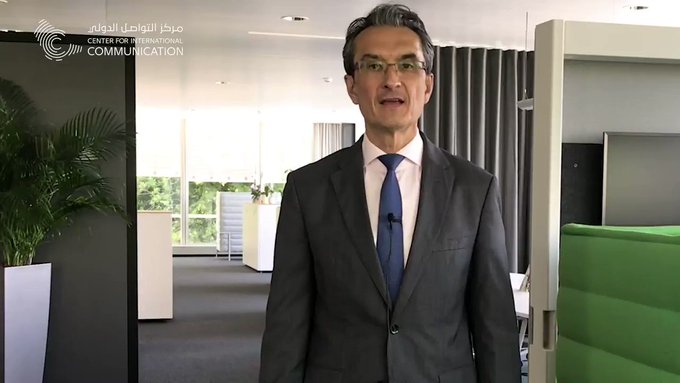 56 people are talking about this

Commenting on the results, Saudi Arabia’s Minister of Commerce Dr. Majid al-Qasabi described the results as “yet another step forward.”

“Our positive performance in the World Competitiveness Yearbook 2020 is yet another step forward adding to the leap that we realized last year on our way to transforming Saudi Arabia into a top 10 competitive economy in the world as envisioned by the Kingdom’s Vision 2030. Our progress is the fruit of a unique model of cross-sectoral collaboration among more than 50 government entities, collectively dedicated to carrying out ambitious policy and regulatory reforms and improving the competitiveness assets of the Kingdom,” al-Qasabi said.

The World Competitiveness Yearbook is a yearly report published by the International Institute for Management Development (IMD) based in Switzerland. It measures and tracks competitiveness in 63 most competitive economies in the world, using various indicators capturing the different dimensions of the economy.