He said in televised remarks on Tuesday that Aramco, the world’s biggest oil company which listed on the Saudi bourse in late 2019, could sell more shares possibly to international investors within the next year or two.

“There are talks now for the acquisition of a 1 percent stake by a leading global energy company in an important deal that would boost Aramco’s sales in … a major country,” he said, without elaborating.

“There are talks with other companies for different stakes, and part of Aramco’s shares could be transferred to the (Saudi) Public Investment Fund (PIF) and a part listed … on the Saudi bourse,” he said in an interview aired by Saudi TV marking the fifth anniversary of Vision 2030, the country’s initiative to diversify its economy away from oil.

The Aramco initial public offering in 2019 was seen as a pillar of the economic diversification programme aimed at attracting foreign investment.

Aramco raised $25.6bn in the IPO and later sold more shares under a so-called “greenshoe option” to raise the total to $29.4bn.

The proceeds of that offer were transferred to the PIF, Prince Mohammed’s vehicle of choice to transform the Saudi economy.

The crown prince is increasingly leaning on Aramco, the world’s biggest oil exporter, to help finance his plan to transform the economy.

Vision 2030 has faced hurdles in recent years, with investors spooked by the kingdom’s domestic political crackdown and the killing of Saudi critic Jamal Khashoggi in 2018, and then with the COVID-19 pandemic last year.The kingdom last year saw its economy shrink by the most in more than 30 years, according to estimates from the International Monetary Fund. But the outlook has since improved. The country’s budget shortfall is projected to be 4 percent of gross domestic product by the end of this year, narrower than last year’s 12 percent gap.

MBS said the decision to raise the value-added tax rate to 15 percent last year will be temporary, lasting up to five years, with the government’s ultimate target to have it at between five and 10 percent. 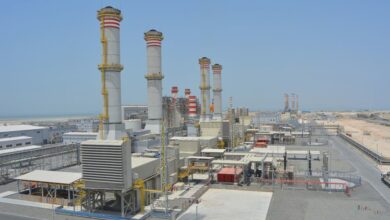