Saudi Arabia’s health ministry has ruled that only people who have been vaccinated will be allowed to attend the Hajj this year, Saudi newspaper Okaz reported.

“The Covid-19 vaccine is mandatory for those willing to come to the Hajj and will be one of the main conditions (for receiving a permit to come),” the report said, citing a circular signed by the health minister.

Saudi Arabia stakes its reputation on its guardianship of Islam’s holiest sites in Mecca and Medina and its peaceful organisation of the Hajj.

In 2020, the kingdom dramatically reduced the number of pilgrims to around 1,000 to help prevent the spread of the virus, after barring Muslims abroad from the rite for the first time in modern times.

President Joe Biden said that the US expects to take delivery of enough vaccines for all adults by the end of May, two months earlier than anticipated, as his administration announced that drugmaker Merck & Co. will help produce rival Johnson & Johnson’s newly approved shot.

He challenged states to administer at least one dose of the vaccine to all educators by the end of March as part of his administration’s efforts to reopen more schools across the nation.

Millions of shots from the global Covax scheme arrived in Nigeria, Angola and DRC, as African countries ramped up their vaccine rollouts.

Last week, Ghana and Ivory Coast were the first African countries to receive vaccines from Covax, which is aiming to supply two billion doses by the end of the year.

Richer countries have surged ahead with vaccinations while many poorer nations still wait for deliveries, prompting the World Health Organization (WHO) to warn that the crisis cannot end unless everyone can inoculate their populations.

However, there are still critical hurdles for African countries like Nigeria and DRC, with sketchy infrastructure and an array of security challenges.

Palestinian vaccine rollout under fire over doses for VIPs

The Palestinian Authority confirmed that it diverted some vaccination doses meant for medical workers to VIPs as critics charged but said this involved a small fraction of inoculations.

A health ministry statement said 10% of the 12,000 doses it received were given to the Palestinian national football team, government ministers, presidential guards and members of the Palestine Liberation Organization’s topmost Executive Committee. Another 200 doses went to the Jordanian royal court, after a request from Amman.

But it said the other 90% went to health workers treating cases in intensive care units and emergency departments, and health ministry workers.

The ministry statement followed criticism from several Palestinian human rights and civil society groups, who urged an investigation into the vaccination programme, saying it was not transparent.

Texas Governor Greg Abbott lifted a state mask mandate and said he was authorising businesses restricted because of the pandemic to open “100 percent.”

“For nearly half a year, most businesses have been open either 75 percent or 50 percent and during that time, too many Texans have been sidelined from employment opportunities,” Abbott said.

“Too many small business owners have struggled to pay their bills,” the Republican governor said in a speech to the Lubbock Chamber of Commerce.

Abbott said he was lifting the restrictions because of the arrival of vaccines, and better testing and treatments.

Abbott imposed a mask mandate in the second most populous US state eight months ago.

He said an executive order rescinding his previous orders and restrictions would take effect on Wednesday.

Abbott’s move lifting restrictions came despite a warning on Monday by Rochelle Walensky, the director of the Centers for Disease Control and Prevention.

“I am really worried about reports that more states are rolling back the exact public health measures we have recommended to protect people from Covid-19,” Walensky said.

“I remain deeply concerned about a potential shift in the trajectory of the pandemic,” she said. 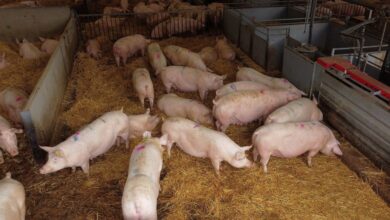 Can Armenian Crafts Survive Much Longer in Crisis-Ridden Lebanon?