The virtual talks, hosted by Saudi Arabia, on Saturday come as the surging pandemic continues to batter the global economy and campaigners warn of a looming debt crisis across poverty-wracked developing nations.

The ministers and bankers will “discuss [the] global economic outlook and coordinate collective action for a robust and sustained global economic recovery”, G20 organisers in Riyadh said in a statement.

The talks, to be chaired by Saudi Finance Minister Mohammed al-Jadaan and central bank Governor Ahmed al-Kholifey, come a day after the European Union held its first face-to-face summit in five months to discuss a post-virus economic rescue plan.

Kristalina Georgieva, the International Monetary Fund’s managing director, has warned that despite some signs of recovery, the global economy faces sustained headwinds, including the possibility of a second wave of COVID-19.

“We are not out of the woods yet,” Georgieva said in a message to G20 finance ministers, warning the pandemic was likely to increase poverty and inequality.

Downgrading its growth forecasts, the Washington-based crisis lender last month said it expected global gross domestic product (GDP) to fall by 4.9 percent this year due to a deeper contraction during lockdowns than previously anticipated.

The $11 trillion stimulus offered by G20 nations has helped to prevent a worse outcome, but “these safety nets must be maintained as needed and, in some cases, expanded”, Georgieva said.

Campaigners have criticised the measure as grossly inadequate to stave off the knock-on effects of the pandemic.

France said on Friday it would ask the G20 to extend the debt service suspension.

“The economic crisis will persist in 2021 throughout the world,” French Finance Minister Bruno Le Maire said in a statement.

How is COVID-19 affecting Iran’s economy?

“France calls on the G20 countries to extend the moratorium on debt servicing to give the poorest countries the means to overcome” the crisis.

So far, 41 out of the world’s 73 poorest nations have applied for the G20’s debt service suspension initiative, saving them up to $9bn this year, according to charities Oxfam, Christian Aid and Global Justice Now.

But the 73 countries are still required to pay up to $33.7bn in debt repayments through the end of the year, the charities said in a research report released on Thursday.

“The global economy has been hit harder by the coronavirus than the already dire predictions we saw in April – the G20 finance ministers have the mandate to avert an impending catastrophe for hundreds of millions of people,” said Chema Vera, Oxfam’s interim executive director.

“They must make [the initiative] legally binding to cancel all debt payments, including private and multilateral, through the end of 2022 and also include middle-income countries,” he added.

“An eight-month freeze on bilateral debt alone does not come close to freeing up enough cash or time for the world’s poorest countries to cope with the pandemic and its effects.” 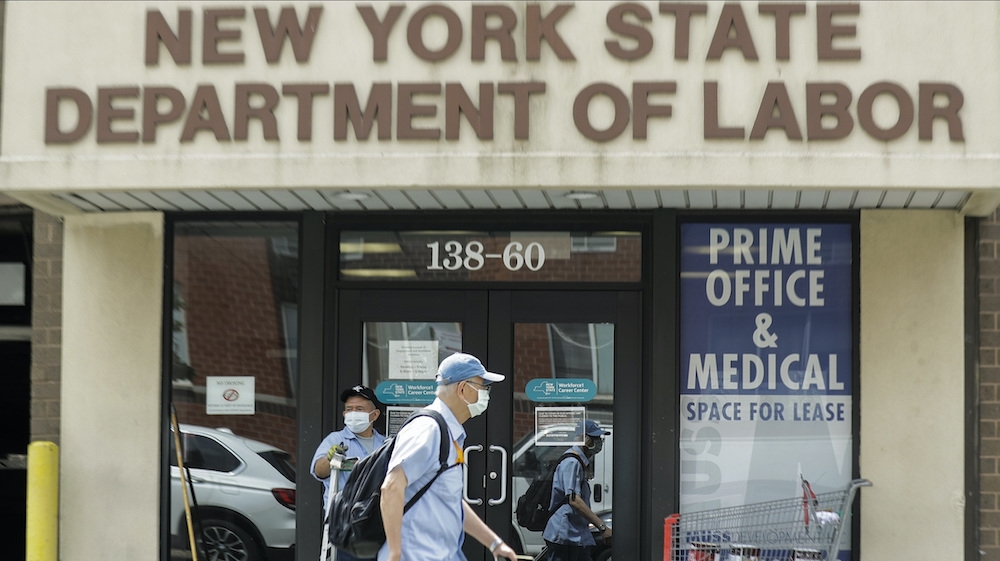 Amnesty International also called on G20 nations to “cancel the debt owed by the poorest countries for at least the next two years”.

“If we are to build resilience to future crises, we need to make long-term structural changes that will require courage and leadership from G20 countries.”

Argentina’s Foreign Minister Felipe Sola said he would urge the G20 to set up a global “solidarity-based fund” to address the increase in poverty in virus-battered countries.

“We want decisions on debt, not only for the poorest countries but also for middle-income countries that are impoverished” due to the pandemic, he told reporters in Buenos Aires.

But it was unclear how receptive the group will be to such demands.

The world’s 20 most industrialised nations are themselves scrambling to defend their virus-wracked economies amid forecasts of a deepening recession.

Last month, the Organisation for Economic Cooperation and Development (OECD) said measures to curtail the disease caused a record 3.4 percent drop in GDP for G20 economies in the first three months of 2020.

That marks the biggest decline since the Paris-based agency began compiling data in 1998.