Saudi Arabia said Friday that it was giving Lebanon’s ambassador 48 hours to leave the country and recalled its envoy to Beirut.

Riyadh also ordered the immediate halt to all Lebanese imports, Saudi Arabia’s Ministry of Foreign Affairs said in a statement.

The decision follows “the insulting statements” made during an interview given by Lebanon’s Information Minister George Kordahi before he became a minister.

Kordahi had said that Yemen’s Iran-backed Houthis were defending themselves and described the yearslong war in Yemen as “futile.”

“These statements represent a new episode of reprehensible and rejected positions issued by Lebanese officials towards the Kingdom and its policies,” the statement by the Saudi ministry read.

Kordahi said on Wednesday that his remarks were his personal views, made before he was appointed as minister and that he was committed to the current government’s policy.

“I am against Arab-Arab wars… accusing me of hostility towards Saudi Arabia is rejected,” he said.

Lebanon’s Prime Minister Najib Mikati, trying to avert diplomatic fallout, said that Kordahi made those comments in an interview that was recorded more than a month before he became a member of the cabinet and that his statements reflected his personal opinion and had nothing to do with his government’s policy.

Saudi Arabia said that the latest decision also stemmed from Beirut’s failure to take the measures to stop the export of narcotics from Lebanon, “especially in light of the terrorist Hezbollah’s control of all ports.”

“The Kingdom’s government regrets the outcome of the relations with the Lebanese Republic due to the Lebanese authorities’ ignoring of the facts and their continued failure to take corrective measures to ensure the observance of the relations that the Kingdom has long been keen on based on the brotherly feelings and deep ties it has for the dear Lebanese people,” the ministry said on Friday.

The statement added that “the terrorist Hezbollah” group had made Lebanon an arena and a launching pad for implementing projects of countries that do not wish the best for Lebanon.

Saudi Arabia also doubled down on its decision regarding a travel ban on its citizens wanting to visit Lebanon. 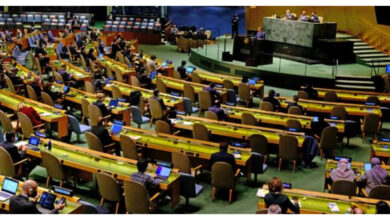 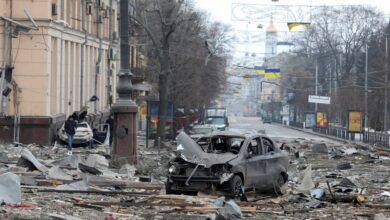