Saudi Arabia’s authorities detained a Saudi citizen who helped a non-Muslim journalist enter the holy city of Mecca during Hajj, a police spokesperson said on Friday.

According to the spokesperson, the journalist holds an American passport.

The police referred the case of the Saudi citizen who facilitated the journalist’s entry to the holy city of Mecca to the public prosecution, the spokesperson added.

Earlier this week, Gil Tamary, a journalist for Israel’s Channel 13 TV news, published a video of himself on a drive through Mecca, despite rules forbidding entry to non-Muslims enforced by a system of checkpoints.

He also climbed Mount Arafat, a sacred site where Muslims gather during the Hajj pilgrimage.

His report was published after he returned to Israel.

In the report, Tamary said it was his dream to visit Mecca, and that the person who agreed to take him didn’t know he was an Israeli journalist.

In a tweet Tuesday, an apologetic Tamary said his excursion hadn’t been intended to offend Muslims, rather to “showcase the importance of Mecca and the beauty of the religion.” 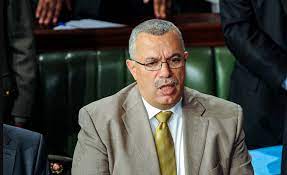