A group of Saudi dog-lovers are producing their own brand of animal magic in helping to rehome a city’s strays.

Volunteers at the Open Paws shelter in Jeddah have been taking the lead in rescuing unwanted or abandoned pooches.

And wherever possible, happy endings are the reward for the dedicated carers.

One such case was a husky called Snowy found roaming the streets on a hot summer’s day and suffering from burnt paws. After being nursed back to health, the dog was found a new owner in Canada, and he later gained notoriety when filmed exploring snow for the first time.

Adoptions coordinator, Nour Fitiany, said that the Jeddah center was founded by Australian Carmel Hayden, in 2012.

“Carmel had found a mother and her puppies but was unable to trace the owner. She thought she would be able to find a local shelter for them but was shocked to discover there was no such thing,” Fitiany said.
Eventually she came across a Facebook page offering help for pets in need and through it connected with other dog lovers. But with the online organization concentrating mainly on cats, Hayden and other like-minded individuals got together to create Open Paws.

“We still remain a group of volunteers; we rescue and rehome abandoned and unwanted dogs. We have rescued dogs that were found on the street or those who were let go by their previous owners,” Fitiany added.

She pointed out that there were many reasons for people having to get rid of their dogs, including objections from landlords, complaints from neighbors, an owner getting married, or just difficulty in coping with them.

Where appropriate, Open Paws attempts to return dogs to their original owners or will look for trainers and temporary accommodation for them. Alternatively, it will try to find new homes for its strays either domestically or abroad.

Sick or abandoned dogs, where their owners cannot be identified, are taken into the rescue center where they are vaccinated, treated for ticks, microchipped, neutered or spayed.

Fitiany said: “We are not exactly a shelter, which is why we don’t tell people where we are, because we don’t have the capacity to hold more dogs and our facilities are limited. We’re just a group of people who really love dogs and want to help them as much as we can.
“We class the dogs that end up staying with us longer, as chronic. Usually, the hardest to rehome are the adult larger breeds, and for them we often have to start looking abroad.

“We try very hard to use our platform to spread awareness and educate people through positive stories,” she added.
Volunteers need to be old enough to handle the larger, more challenging dogs, and available to help out on a regular basis.

“When I see the dogs running around and playing in snow, lakes or just puddles, it is so rewarding and motivates me to keep doing what I am doing,” Fitiany said.

“We are trying to become a legal organization so that we can freely ask people for help and that will allow us to help more. We cannot save all the dogs and that breaks our hearts.” The English Riviera during the 2021 UK staycation 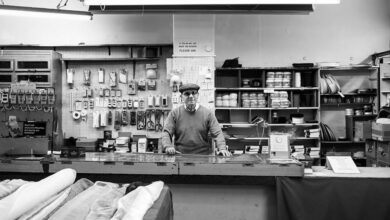