Saudi Arabia and Oman have signed 13 Memoranda of Understanding (MoUs) for joint work on specific projects within economic sectors through several companies owned by the Oman Investment Authority and Oman’s private sector alongside their Saudi counterparts.

Shortly after, Saudi Arabia’s Crown Prince Mohammed bin Salman landed in Muscat as part of a Gulf tour that will include the UAE, Bahrain, Qatar and Kuwait.

The Crown Prince’s trip comes ahead of the GCC summit, which Riyadh will host later this month.

The state television of Oman reported that the Oman Minerals Development Company signed a deal with the Saudi Maaden Company to assess exploration and development opportunities in the mining sector.

The Muscat Stock Exchange signed a memorandum of understanding with the Saudi Tadawul group to cooperate in stock exchange operations and dual listing of companies.

Bahrain calls for de-escalation after US airstrike in Iraq 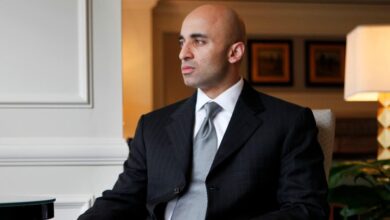 UAE ambassador to US: Houthis used missiles in attack on Abu Dhabi