Making the announcement via Twitter, Sanders pledged that as president he would support the rights of both Palestinians and Israelis, while doing “everything possible to bring peace and security to the region”.

The AIPAC conference, which will take place from March 1 to March 4, is an annual gathering of pro-Israel leaders and personalities in Washington, DC, to highlight ways to strengthen US-Israeli ties and show support for the state of Israel. Sanders’ comments led AIPAC to publish a strong rebuke to the senator’s refusal.

“AIPAC made it impossible for Sanders to go, by running ads against him, but it’s significant that he cited anti-Palestinian bigotry as the reason to skip AIPAC,” he added.

Feld said that most importantly, for Sanders to make such comments at such a critical moment for his campaign, it shows that Sanders doesn’t believe a “fight with AIPAC will hurt him politically, or maybe even helps”.

Sanders’ comments come only days after his win in the Nevada Caucus on Saturday, solidifying his frontrunner status in the Democratic primary.

In the past, speakers have included Israeli Prime Minister Benjamin Netanyahu, former Secretary of State Hillary Clinton and former US President Barack Obama. All three have attended the conference multiple times.

Earlier this month, US Senator Elizabeth Warren, another Democrat presidential hopeful, indicated that she too was unlikely to attend the annual conference.

“Senator Sanders has never attended our conference and that is evident from his outrageous comment,” the statement said. Blasts cut power to millions in Afghanistan before Eid holiday 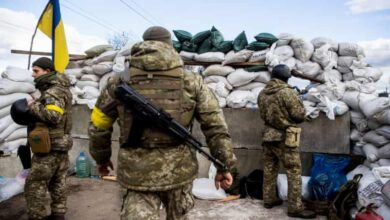