The 28-year-old singer-songwriter discussed on Monday’s episode of The Late Late Show with James Corden how coming out as non-binary has impacted their life and music.

In an Interview with Jameela Jamil’s I Weigh Interviews in March 2019, Smith announced they identify as gender non-binary, saying, “I am not male or female. I think I float somewhere in between.”

On The Late Late Show, Smith said they’ve had a “wonderful” experience overall since their coming out.

“I’ve always felt the way I felt, and being able to tell everyone that and feel so much more open about certain parts of my personality and life has been absolutely incredible,” they said.

Smith also shared the challenges they’ve faced since coming out.

“It’s been amazing, but it’s also been really, really hard to see all the backlash and the amount of people that still are so unsupportive of gender non-conforming people and trans people all around the world,” the star said.

“It’s definitely more of a struggle than I was expecting, but I feel good in my skin, which is the prize,” they added.

Smith also said their coming out has opened up and changed their music. 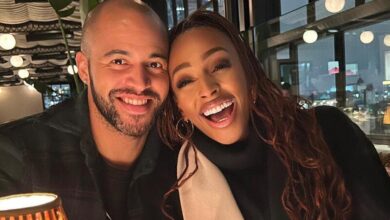 Suzan Najm Aldeen is Totally UNRECOGNIZABLE in Her Latest Interview .. Check Her Out