Salman Rushdie, the acclaimed author who was hospitalized on Friday with serious injuries after being repeatedly stabbed at a public appearance in New York state, is off a ventilator and his condition is improving, his agent said on Sunday.

“He’s off the ventilator, so the road to recovery has begun,” his agent, Andrew Wylie, wrote in an email to Reuters. “It will be long; the injuries are severe, but his condition is headed in the right direction.”

Rushdie, 75, was set to deliver a lecture on artistic freedom at Chautauqua Institution in western New York when police say a 24-year-old man rushed the stage and stabbed the Indian-born writer, who has lived with a bounty on his head since his 1988 novel “The Satanic Verses” prompted Iran to urge Muslims to kill him.

The suspect, Hadi Matar of Fairview, New Jersey, pleaded not guilty to charges of attempted murder and assault at a court appearance on Saturday, his court-appointed lawyer, Nathaniel Barone, told Reuters.

Following hours of surgery, Rushdie had been put on a ventilator and was unable to speak as of Friday evening, Wylie said in a prior update on the novelist’s condition, adding that he was likely to lose an eye and had nerve damage in his arm and wounds to his liver.

Wylie did not provide further details on Rushdie’s health in his email on Sunday.

The stabbing was condemned by writers and politicians around the world as an assault on freedom of expression. In a statement on Saturday, US President Joe Biden commended the “universal ideals” of truth, courage and resilience embodied by Rushdie and his work.

“These are the building blocks of any free and open society,” Biden said.

Neither local nor federal authorities offered any additional details on the investigation on Saturday. Police said on Friday they had not established a motive for the attack.

An initial law enforcement review of Matar’s social media accounts showed he was sympathetic to Shia extremism and Iran’s Islamic Revolutionary Guard Corps (IRGC), although no definitive links had been found, according to NBC New York. 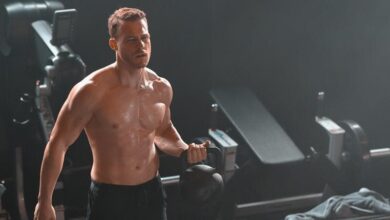 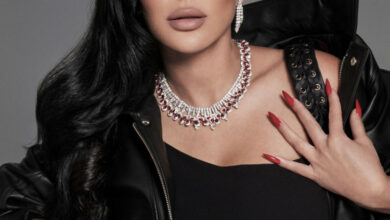 Huda Kattan Gets Her Own Wax Figure at Madame Tussauds