South Korea has conducted the first test launch of its domestically built rocket, joining the ranks of advanced space-faring nations.

The three-stage rocket, emblazoned with South Korea’s flag and carrying a dummy satellite, blasted off at from a launch site in Goheung at 4pm (07:00 GMT) on Thursday, but failed to put its payload into orbit, according to President Moon Jae In.

The launch and all three stages of the Korea Space Launch Vehicle II worked, as did the payload separation, Moon said, but “putting a dummy satellite into orbit remains an unfinished mission”.

Informally called NURI, which means “world”, the rocket weighs 200 tonnes, is 47.2 metres (155 feet) long, and is fitted with a total of six liquid-fuelled engines.

South Korea has risen to become the world’s 12th-largest economy and a technologically advanced nation but has lagged in the headline-making world of spaceflight, where the Soviet Union led the way with the first satellite launch in 1957, closely followed by the United States.

China, Japan and India all have advanced space programmes, and the South’s nuclear-armed neighbour North Korea put a 300-kg (660-pound) satellite into orbit in 2012 in what Western countries condemned as a disguised missile test.

Overseen by the Korea Aerospace Research Institute (KARI), NURI rocket was moved to its launch pad on Wednesday and raised into position.

Space launches have long been a sensitive issue on the Korean Peninsula, where North Korea faces sanctions over its nuclear-armed ballistic missile programme.

South Korea’s future plans call for launching surveillance, navigation, and landing a lunar probe by 2030. The programme also includes military satellites, but officials deny that the NURI has any use as a weapon itself.

Seoul’s space programme has a chequered record – its first two launches in 2009 and 2010, which in part used Russian technology, both ended in failure, the second one exploding two minutes into the flight.

The first successful launch was in 2013 and came after multiple delays and several failed tests. That rocket was also jointly developed with Russia.

Having its own launch vehicle will give South Korea the flexibility to determine payload types and launch schedules, as well as protect “confidential” payloads such as spy satellites, officials told the Reuters news agency.

“Rockets are the only means available to mankind to go out into space,” Lee Sang-ryul, the director of the Korea Aerospace Research Institute, told South Korean newspaper Chosun Biz.

“Having such technology means we have fulfilled basic requirements to join this space exploration competition.” 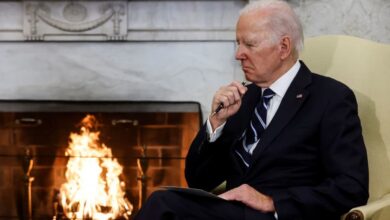