The upcoming anniversary of Russia’s liberation at the end of World War II on May 9 will not affect Moscow’s military operations in Ukraine, Russian Foreign Minister Sergey Lavrov said in an interview with Italian TV Mediaset on Sunday.

“Our soldiers will not base their actions on a specific date,” Lavrov said when asked whether May 9 would mark a milestone or turning point in the war.

“We will commemorate our victory in a solemn manner but the timing and speed of what is happening in Ukraine will hinge on the need to minimize risks for civilians and Russian soldiers,” he added.

Western governments and analysts had anticipated that Russian President Vladimir Putin was intending to declare a victory in Ukraine in time for the May 9 celebrations during which Russia holds its annual huge military parade.

Russia launched its invasion of Ukraine on February 24 but its progress has been stalled by Ukrainian resistance armed with Western military support. 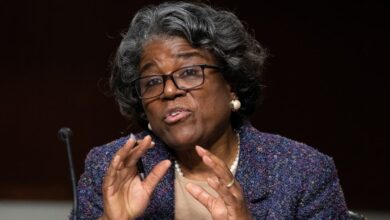 Russia moving toward ‘imminent invasion’ of Ukraine: US envoy to UN