Russian tech developers are building an alternative to Alphabet Inc’s Google Play store and plan to launch it on May 9, a national holiday in Russia that celebrates victory in World War Two, the organization behind the initiative said on Tuesday.

YouTube and Google Play this month suspended all payment-based services in Russia, including subscriptions, as Western sanctions over Russia’s actions in Ukraine started to pose banking challenges in the country.

“Unfortunately, Russians can no longer normally use Google Play to buy apps and developers have lost their source of income,” said Vladimir Zykov, director of projects at Digital Platforms, an organization focused on digital development.

“This is why we have created a Russian app shop, NashStore,” Zykov said in a statement.

NashStore, which translates into English as “OurStore,” will serve Android mobile devices and should ultimately be compatible with Russian Mir bank cards, the statement said.

Russia traditionally holds a patriotic display of raw military power on May 9 with a parade that passes through Moscow’s Red Square commemorating the anniversary of the Soviet Union’s victory over Nazi Germany in World War Two.

Pakistan blocks TikTok for fourth time due to ‘inappropriate content’ 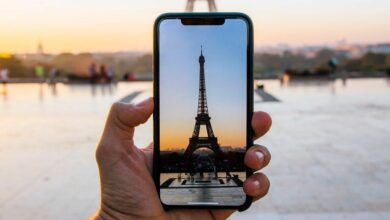