Russian private military contractor Wagner Group has deployed about 1,200 mercenaries to Libya to strengthen the forces of renegade military commander Khalifa Haftar, according to a leaked United Nations report.

“We’ve known for a long time that Russian mercenaries operate in Libya but we didn’t perhaps know the scale of the operations,” said Al Jazeera’s James Bays, reporting from New York.

The UN sanctions monitors identified more than two dozen flights between Russia and eastern Libya from August 2018 to August 2019 by civilian aircraft “strongly linked to, or owned by” Wagner Group or related companies.

The monitors also listed the details of 122 Wagner operatives of “whom many are highly probably operational, or have been operational, within Libya”.

They said 39 were from Wagner’s specialist sniper group and the remaining 83 operatives were from its combat units.

The report said forces affiliated with the UN-recognised Government of National Accord (GNA) had captured arms “typical of the weaponry observed being used by ChVK Wagner operatives elsewhere in eastern Ukraine and Syria”. 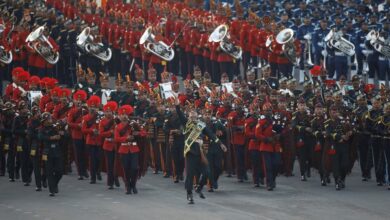