Russian and Chinese bombers flew a joint patrol mission over the Western Pacific on Tuesday in a show of increasingly close military ties between Moscow and Beijing.

The Russian military said that a pair of its Tu-95 strategic bombers and four Chinese H-6K bombers flew over the Sea of Japan and the East China Sea.

The Russian Defense Ministry said in a statement that the joint mission was intended to “develop and deepen the comprehensive Russia-China partnership, further increase the level of cooperation between the two militaries, expand their ability for joint action and strengthen strategic stability.”

The ministry added that the patrol flight “wasn’t directed against any third countries.”

Tuesday’s mission was the second such flight since a July 2019 patrol over the same area.

It follows Russian President Vladimir Putin’s statement in October that the idea of a future Russia-China military alliance can’t be ruled out — a signal of deepening military cooperation between Moscow and Beijing amid growing tensions in their relations with the United States. 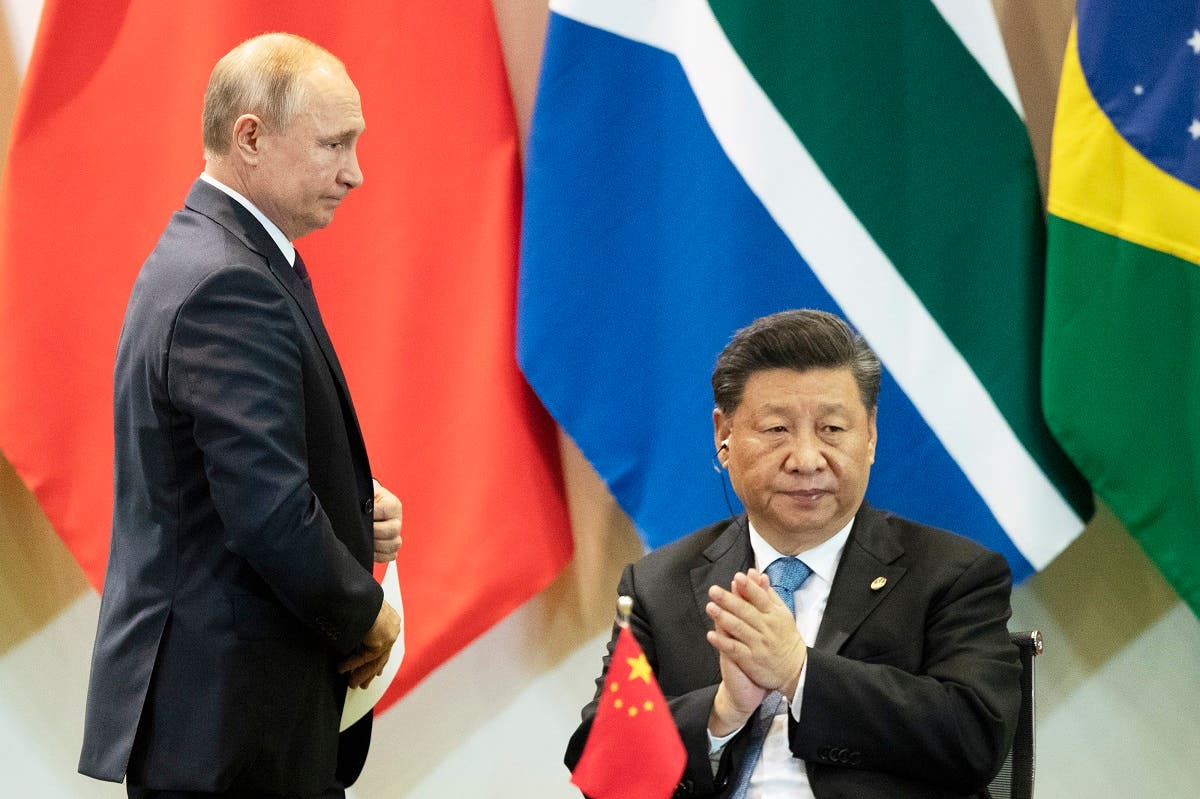 China’s President Xi Jinping (right), and Russia’s President Vladimir Putin attend a meeting with members of the Business Council and management of the New Development Bank during the BRICS emerging economies at the Itamaraty palace in Brasilia, Brazil, on November 14, 2019. (AP)

Until that moment, Russia and China had hailed their “strategic partnership,” but rejected any talk about the possibility of their forming a military alliance.

Putin also noted in October that Russia has been sharing highly sensitive military technologies with China that helped significantly bolster its defense capability.

Russia has sought to develop stronger ties with China as its relations with the West sank to post-Cold War lows over Moscow’s annexation of Ukraine’s Crimea, accusations of Russian meddling in the 2016 US presidential election and other issues.