Russia’s Gazprom has suspended gas deliveries to Poland and Bulgaria, citing the two countries’ refusal to pay in Russian roubles, prompting accusations of “blackmail” and emergency talks at the European Union headquarters in Brussels.

In a statement on Wednesday, the Russian energy giant said it has “completely suspended gas supplies” to Poland’s PGNiG and Bulgaria’s Bulgargaz “due to absence of payments in roubles”.

The cut-offs are the first since Russian President Vladimir Putin’s announcement last month that “unfriendly foreign buyers” would have to transact with Gazprom in roubles instead of United States dollars and euros. The demand was a response to international sanctions over its war in Ukraine.

But only Hungary has agreed to do so, with other EU countries rejecting the demand as rewriting contracts that called for payment in euros.

Gazprom said Poland and Bulgaria had been told in a “timely manner” that payment for gas supplied from April 1 must be made it roubles.

It also warned the two countries that if they siphon gas intended for other European customers, the deliveries to Europe will be reduced to that amount.

Poland receives its Russian gas through the Yamal-Europe pipeline from Russia’s huge gasfields in the Arctic far north, which continues west to supply Germany and other European countries, while Bulgaria is supplied through pipes over Turkey.

The two countries responded by accusing Gazprom of breach of contract, while the Polish gas company threatened to take legal action.

“Despite the fulfilment of all obligations under the Yamal contract by PGNiG, on April 27 this year, Gazprom has stopped delivering natural gas,” the Polish group said in a statement.

“The limitation of natural gas supplies is a breach of the Yamal contract. PGNiG reserves the right to pursue claims in connection with the suspension of deliveries and will use all contractual rights vested in the company and rights under the law.”

Poland, which imports some 50 percent of its gas from Russia, has previously said it was ready to face any supply disruptions. Prime Minister Mateusz Morawiecki said on Tuesday that the country’s gas storage facilities were 76 percent full, while Climate Minister Anna Moskwa has declared that “there will be no shortage of gas in Polish homes”.

He said Bulgaria, which relies on Russia for nearly 90 percent of its gas needs, was currently reviewing all of its contracts with Gazprom, including for transit of Russian gas to Serbia and Hungary, because “one-sided blackmail was not acceptable”.

Bulgarian Energy Minister Alexander Nikolov told reporters that his country can meet the needs of users for at least one month, and that gas was still flowing as he spoke.

“Alternative supplies are available, and Bulgaria hopes that alternative routes and supplies will also be secured at EU level,” Nikolov said. 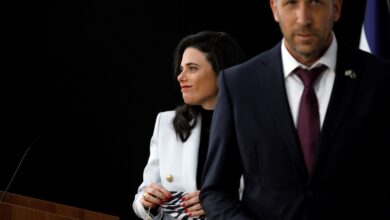